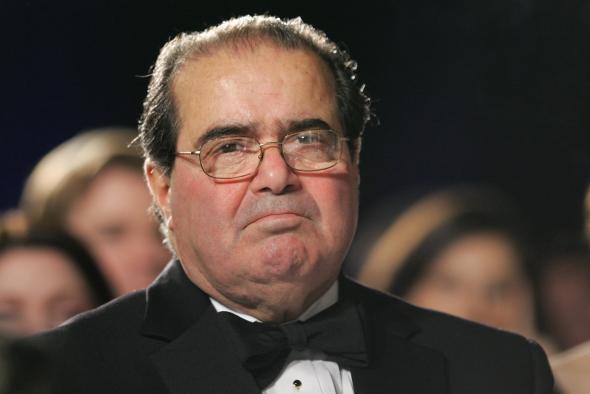 With the Supreme Court hanging in the balance, what will be the fate of the Clean Power Plan – and Wisconsin?

Then the earth shook and trembled; the foundations also of the hills moved and were shaken, because He was wroth. – Psalm 18:7

The death of Justice Antonin Scalia is not only setting up a huge political showdown in Washington D.C., it will also have a tremendous effect on the state of Wisconsin. It was just last week when the Supreme Court ordered a stay, on a 5-4 vote, of President Barack Obama’s Clean Power Plan until the lawsuit brought by 27 states against the Environmental Protection Agency (EPA) can be resolved.

The case is currently before the D.C. Circuit Court of Appeals which is scheduled to hear oral arguments in June. Regardless of what decision the appeals court makes, it’s widely expected the decision will be appealed to the Supreme Court. It’s not hard to imagine that any Supreme Court appointment by Obama will vote the other way, giving the EPA a 5-4 victory, when the Clean Power Plan comes before the court again.

This would be bad news for our state. Wisconsin, led by Attorney General Brad Schimel, is one of the states suing the EPA. The reason Schimel joined the suit against the EPA is because the executive branch of the United States is overstepping its authority. It requires state agencies to become accomplices in this federal policy of controlling carbon emissions, regardless of the state’s policies and needs.

The law would also have a terrible impact on Wisconsin’s economy. Because Wisconsin depends on coal for 60 percent of our electricity needs, the Clean Power Plan will hit Wisconsin electricity ratepayers hard. That means real costs for manufacturers and heavy industry as well as consumers.

Thanks to a study by the MacIver Institute and The Beacon Hill Institute at Suffolk University we know how bad the Clean Power Plan regulations will be. Electricity rates will go up 19 percent by 2030. The average household will pay $225 more for energy annually while the average commercial business will pay $1,530 more. Industrial businesses will see an annual average increase in power costs of $105,094. The Clean Power Plan will cost Wisconsin $920 million while wiping out nearly 21,000 jobs by 2030 and lowering disposable income in the state by nearly $2 billion.

The stay prevents the EPA from requiring Wisconsin to create and implement the regulations for the Clean Power Plan. This means that there will not be irreparable harm to Wisconsin’s economy while the case is pending. It avoids a situation like Michigan v. EPA where the plaintiffs ultimately won but by then the changes sought by the EPA had mostly been carried out.

The stay indicated that a majority of the justices foresee a reasonably high likelihood that they would ultimately strike down Obama’s plan, which could jeopardize the Paris climate agreement and leave greenhouse gasses unchecked. Without Scalia on the Court, the odds of this drop to virtually zero. The challenge is set to be decided by a D.C. Circuit panel composed of a majority of Democratic appointees, which will almost certainly uphold the regulations. If the plan is upheld, it would require a majority of the Court to strike it down. With the Court now tied 4-4, such a ruling now seems nearly impossible.

Even before the death of Scalia, liberals were trying to figure out ways to circumvent the Court’s stay. On February 12th, just two days before it was discovered Scalia died in his sleep, The Week published an op-ed by Ryan Cooper, “How to save the world from the Supreme Court.” It was an argument for “packing” the court by adding more Supreme Court justices until liberals had a majority that would overturn the stay on the Clean Power Plan. He wrote:

“Why shouldn’t America’s president flood the Supreme Court with his cronies if that’s what it takes to ensure that the world aggressively fights climate change?”

“Climate change is the most serious problem in the world by a considerable margin, and time is very short. The world is already not moving nearly fast enough. A delay of the Clean Power Plan by some years is inexcusable — and an overthrow, which this decision may signal, would be an emergency. It is quite literally not an exaggeration to say that the Supreme Court is threatening human civilization as it now exists.”

In justifying his court-packing scheme, Cooper wrote, “The Supreme Court’s legal powers are theoretically infinite. It defines what ‘constitutional’ means. But when it threatens serious harm to society, it shouldn’t be surprised when the rest of the political system fights back.”

Like Scalia, conservatives don’t believe in the infinite power of the court, believing it is limited by the actual text of the Constitution. But when confronted by those who see an ideological imperative to impose the Clean Power Plan without regard to federalism and the limits of government power, Democrats should not be surprised when Republicans fight back and refuse to allow Obama’s appointments to the Supreme Court to be approved.