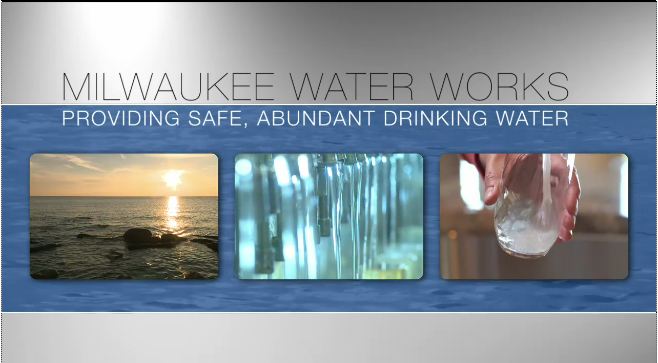 In the game of Milwaukee-Get-A-Clue, it turns out the culprit was Mayor Barrett, in the lounge, with a lead pipe. Actually, a lot of lead pipes, and everyone wants to know why Milwaukeeans are possibly facing a health risk after paying so much money to Milwaukee Water Works over the years.

As Milwaukeeans are shipping bottled water off to Flint, Michigan residents, they are discovering that Milwaukee has its own lead pipe problem. Too many laterals going to older homes are still lead. The difference between Milwaukee and Flint is that Milwaukee Water Works actually treats the water to keep the amount of the lead corrosion down, keeping the drinking water safe to drink.

The cost of replacing the lead laterals, as Donald Trump would say, is yuuuge. The estimated cost is between $511 million and $756 million. The city water works’ share is estimated at $266 million.

In addition, the city says lead levels in drinking water spiked when the city was replacing old mains that connected to lead laterals. As a result, the city has stopped digging up those mains and replacing the lead pipes temporarily.
Of course, when the city of Milwaukee is in a situation it doesn’t want to fix, it does what it does best – whine to the state of Wisconsin.

The city sent a letter to the Public Service Commission saying it would not be able to replace as many of the old mains as they had promised in 2014 when they asked permission to raise rates by 10.8 percent. In addition, they said, “This is a matter of statewide public health concern for all utilities that have lead service lines. It also presents issues of how to address lead service lines on private property and financing options to assist homeowners for what could be very costly work.”

In other words, it costs a lot, and we don’t want to pay for it. By the way, you’ll notice that Milwaukee Water Works is not offering to lower rates at all while not performing the work they promised when they raised the rates.

Implied in the letter is that someone else – other people’s money – should bail Milwaukee out of this problem since it’s, “a matter of statewide public health.”

Jeff Stone with the Division of Water, Telecommunication & Consumer Affairs, wasn’t buying their plea for a delay on replacing old pipes since it will take 125 years at the current pace to replace all of the pipes. The pipes should be replaced every 100 years, so they are not even going to meet that infrastructure repair goal without any interruption.

And, as Stone points out in his reply letter:

“…the need to replace lead services that were primarily installed in the early 1900s is not a new issue in Wisconsin. In fact, over the last 20 years, many communities have implemented lead service replacement programs and coordinated these efforts with infrastructure repairs.”

As Stone might have pointed out, Madison addressed the issue and replaced all of the lead pipes in eleven years, not 125.

Stone might have also pointed out that the rate increase that was supposed to cover the pipe replacement was actually less than what the city of Milwaukee takes from Milwaukee Water Works. The city collects $12.6 million as Payment In Lieu Of Taxes, or PILOT, fees from Milwaukee Water Works, a number that has only grown over time. The money is not used to improve water quality but is used to subsidize other city expenditures, like building sports arenas and streetcars.

In addition to the money the city takes from Milwaukee Water Works, Mayor Tom Barrett and the Common Council also turned down a chance to generate more revenue that could have gone to infrastructure repair. When the city of Waukesha was looking for a source to deal with its water quality issues, Milwaukee took itself out of contention as the most likely supplier because of concerns about the size of the service area. So instead of possibly receiving an estimated $3.2 million per year in revenue for the water utility and $800,000 per year in PILOT payments, Milwaukee decided to oppose Waukesha’s plans for a diversion of Great Lakes water.

Ironically, by taking the opportunity to criticize a neighboring community’s effort to improve their water quality, Milwaukee missed the opportunity to improve their own. That’s an interesting definition of regional cooperation. Snubbing Waukesha at the expense of $4 million in annual revenue also hardly matches the rhetoric of water quality being a concern for the entire state.

Between the PILOT payments from Milwaukee Water Works to the city of Milwaukee and the lost revenue from Waukesha, at roughly $1 million to replace a mile of water main, the $16.6 million annually would have replaced a lot of lead under Milwaukee’s streets.