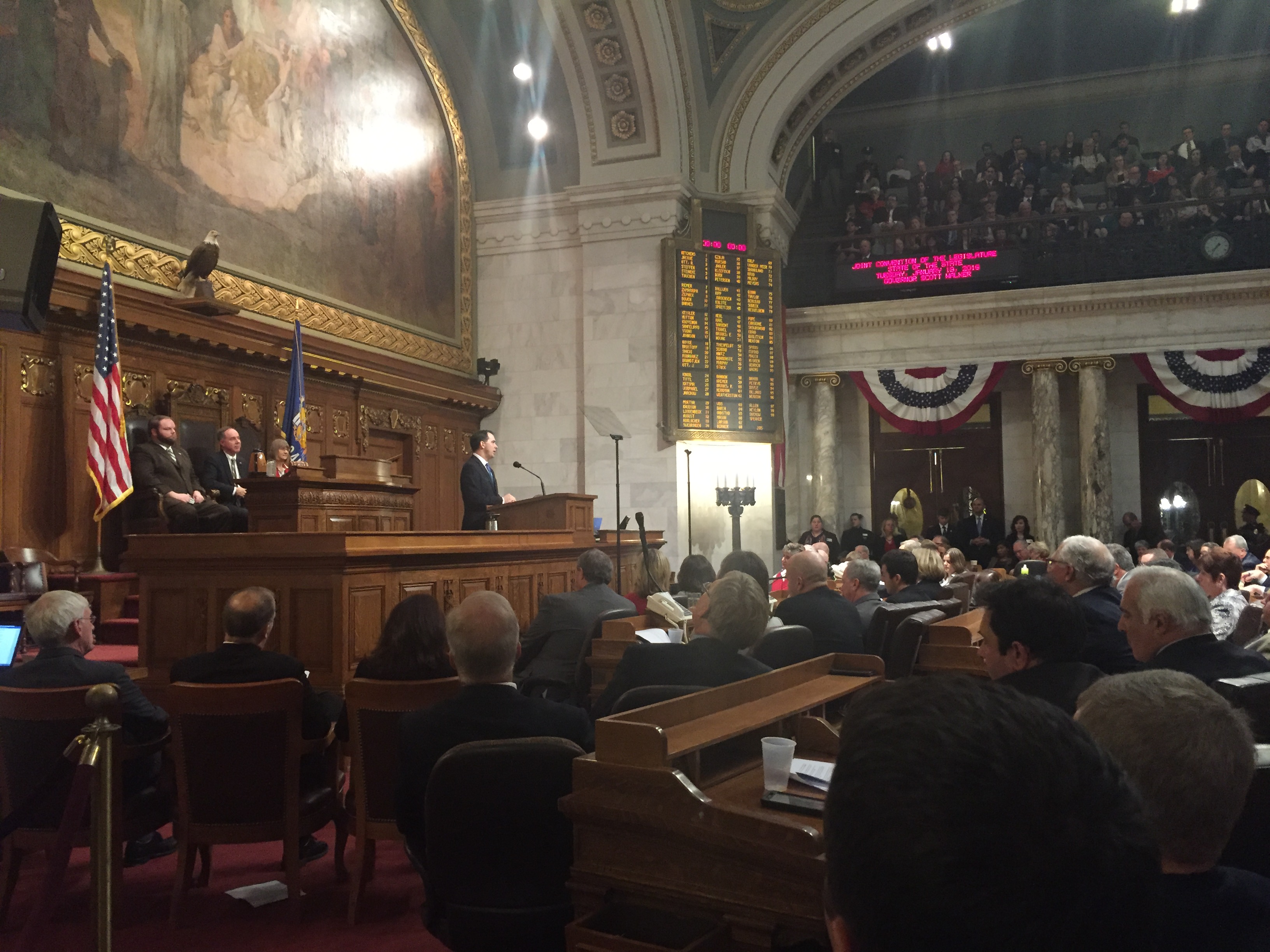 Scott Walker gave his sixth State of the State address this evening. Here is a sample of social media’s reaction to his speech.

We're moving in right direction as we invest in students, programs to put more people to work #WorkingforWI #WISOTS pic.twitter.com/4ScjzZTttG

Unemployment rate is the lowest its been since March 2001. Our labor force participation rate is 67.8% → one of top 10 in America. #WISOTS

Proud to have helped shepherd this past budget with @SenDarling https://t.co/DtPghHovNo

In addition to reflecting on the current state of the economy, Walker introduced a new initiatives for the coming year.

Walker talked about the need to reform government and pledged to use the savings for public education.

Some commented on what they thought was missing from the speech.

"When it comes to the challenges facing our state, we need solutions, not sound bites." via https://t.co/1SJKAUwYdW

.@GovWalker says we should care more about next generation than the next election. If that was the case he would have mentioned gun violence