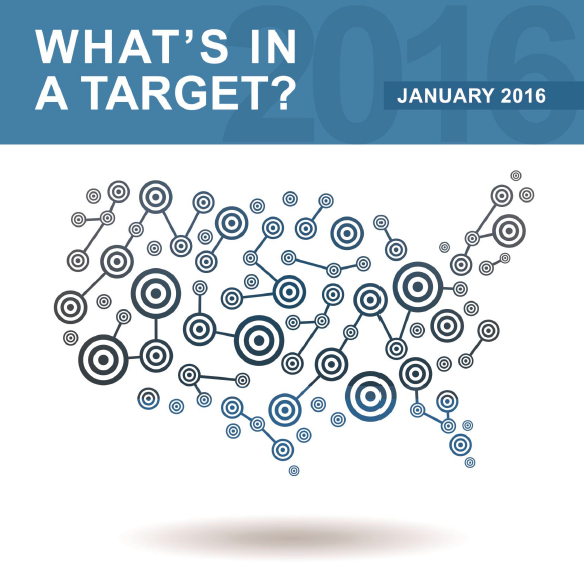 The Chamber of Commerce’s Institute for 21st Century recently released a report detailing the flaws used to arrive at the states’ emissions standards soon to be required by the EPA’s Clean Power Plan (CPP).

Called “What’s in a Target,” the report argues the EPA’s standards will cost states more than they should. Faulty data, to whom the standards can apply, and how they are applied all cause this extra expense to the states.

The EPA has traditionally understood its ability to reduce pollution by regulating the source of pollution, like a coal-based energy plant. Regulating sources alone, however, cannot reduce carbon emissions to the high goal set by the EPA. In a retooling of its regulatory power, the EPA now argues that it may regulate a producer’s total carbon output. With this in mind, standards can be set so that no coal-based energy producer can meet the standards without having some renewable energy sources in their portfolio to offset their total carbon emission.

The Chamber expects legal challenges to the EPA’s new understanding of its regulatory powers.

In addition to the standard’s novel applicability, the report argues that the CPP’s standards are inflated because they are based on faulty data sets which presume the economy is capable of building more renewable energy sources than is likely possible. Among the three faulty data sets the report highlights, the most significant is data about windmill-based energy production. Projected windmill-based energy production is based on the abnormally high 2012 numbers: a year which was approximately two times higher than the previous highest year (2011) within the 2010-2014 five-year window the EPA used for its data sets.

What was the source of this rapid build up? A tax incentive for windmill producers to build expired in 2012. In light of the tax incentive’s expiration, the EPA should not expect 2012 and its unique catalysts for growth to represent the attainable future growth of windmill-based energy production.

When the report uses 2011 numbers in the formula– the next highest year of production within the EPA’s five year window of 2010-2014 for choosing data sets — the Chamber estimates that the EPA’s renewable energy potential is off by 37 percent. The resulting error means Wisconsin would pay an unnecessary $68 million, and the national cost would be over $3.5 billion.

The report’s final source of the extra costs come from the EPA’s unfair application of the standard to each state. Rather determining the energy requirements as each state is capable of meeting them, the EPA lumps the states into four zones, determines the standards possible in each zone, and then imposes the same requirement on each state within the zone. Tennessee and New York, both part of the 37 state Eastern Connection zone, have the same requirements, even though Tennessee’s geography means it has little capacity to produce windmill-based energy.
The Chamber notes that this one-size-fits-all approach contradicts even the initial EPA plan released in 2014. Introducing that report, EPA Administrator Gina McCarthy contradicted today’s EPA plan, saying:

“The glue that holds this plan together, and the key to making it work, is that each state’s goal is tailored to its own circumstances…To craft state goals, we looked at where states are today, and we followed where they’re going. Each state is different, so each goal, and each path, can be different.”

Like the Chamber’s report, The MacIver Institute has also furthered the growing body of research showing Wisconsin’s economic losses to be incurred if the CPP’s regulations are upheld by the courts. MacIver found that the CPP will cost Wisconsin $920 million and nearly $2 billion in disposable income by 2030.

MacIver’s report can be found here, and the Chamber’s report, here.