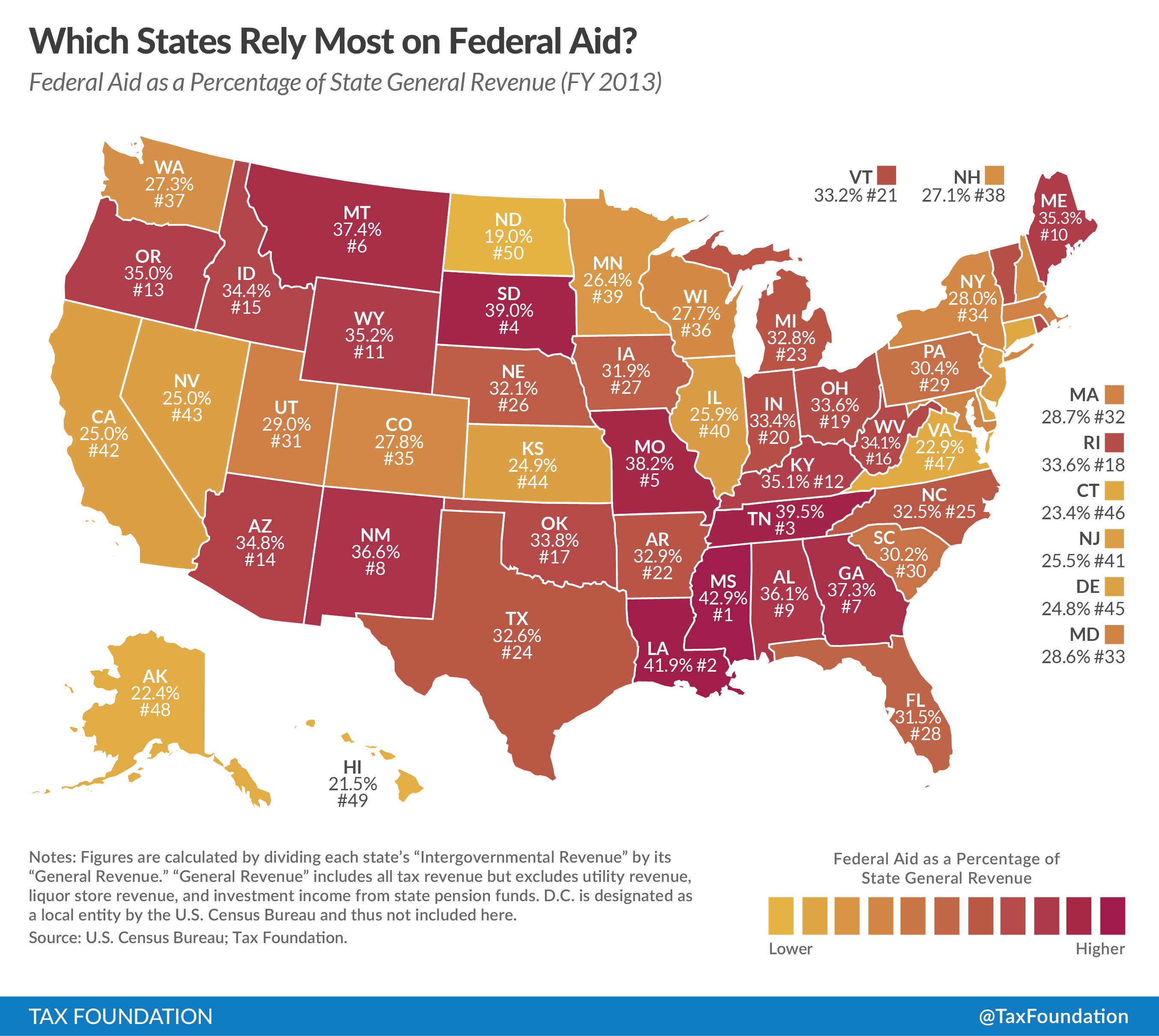 [Madison, Wisc…] Mississippi relies the most on aid from the federal government, while North Dakota relies the least, and Wisconsin is roughly in the middle at number 36, according to data complied by The Tax Foundation.

State-by-state data for fiscal year 2013 is mapped out in today’s MacIver Institute chart of the day. The numbers reflect the percentage of each state’s overall budget that comes from transfers from the federal government:

Such aid takes many forms. It includes federal Medicaid payments, education funding assistance, support for infrastructure projects, housing grants, and more. Federal grants-in-aid to state and local governments have reached $600 billion per year, with Medicaid by far the largest (and most rapidly growing) component.

The full article and chart can be found at The Tax Foundation.