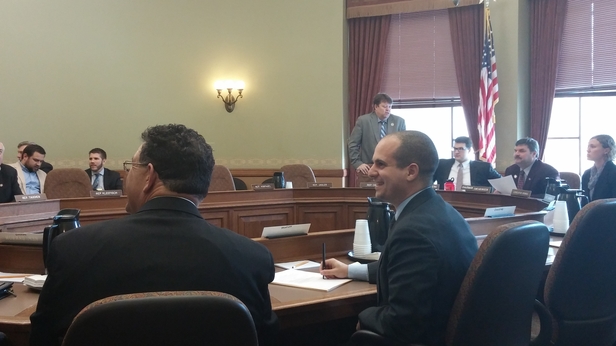 [Madison, Wisc…] Currently, state agencies are required to submit one proposed budget each biennium. A new bill, which passed through Assembly committee last week, would add two new requirements as agencies prepare their biannual budgets. In addition to preparing their traditional suggested budget proposals, agencies would also be required to forward proposals that reflect a 0 percent increase and 5 percent decrease from the previous budget.

Rep. Rob Hutton (R-Brookfield) authored Assembly Bill 534 (AB 534) so that state agencies must participate in the effort to find and eliminate non-essential government spending. Hutton hopes the bill will accomplish three things: make the budget process more transparent, further streamline the attempt to cut wasteful spending, and make it easier for legislators to evaluate the merit of specific agency programs.

After its passage through the Assembly Committee on State Affairs and Government Operations, Hutton expects the bill has a green light to become law, which he says would be “a significant win for taxpayers.”

Under current law, state agencies must propose one budget. Even if the proposed budget is an increase, legislators interested in reducing spending must work off of the proposed increase, a politically difficult task. Rather than being neutral by allowing for open and honest debate about the budget, the current system’s political incentives continually encourage increased spending and government growth.

If passed, AB 534 would require that state agencies present a 5 percent reduced budget. This would shift the burden from only legislators — who are subject to political winds — onto agencies to identify ineffective and inefficient programs. Agencies would now have to exercise self-evaluation and self-regulation rather than leaving that work to legislators alone.

Despite being passed on a party line vote of (10-5), debate was minor. Only Rep. Christine Sinicki (D-Milwaukee) vocally expressed concern about the bill. She promised to introduce amendments on the Assembly floor.

A zero-based budgeting requirement appeared in the last budget but failed to become law.

Hutton’s bill goes farther than the previous bill as it requires agencies to propose not only a budget of 0 percent increase, but also a budget assuming a 5 percent decrease.

The bill’s next stop will be the Assembly floor, though a vote has not been scheduled so far. The Assembly has announced that it will next meet on January 12 and 19. Following an affirmative Assembly vote, the bill will need approval by the Senate.