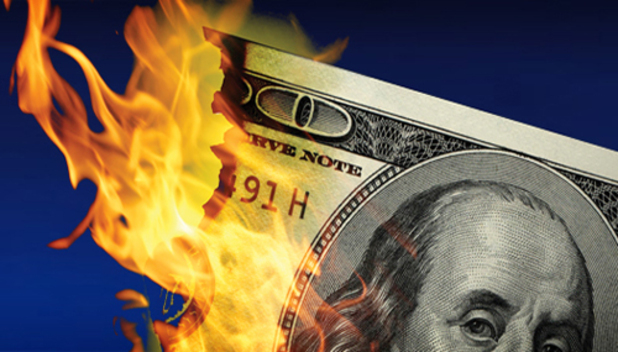 Research shows each dollar of federal money leads to $1.34 in higher taxes, fees at the local level

[Madison, Wisc…] Federal grant money for state and local governments doesn’t only come with strings attached, but it also leads to significant hikes in taxes and fees, according to a recent study.

The study, entitled “Impact of Federal Transfers on State and Local Own-Source Spending,” is authored by Dr. Eric Fruits of Portland State University.

This “ratchet effect” illustrates that accepting federal money is a self-defeating proposition if the justification of taking the money is that it’s essentially “free.” The study lays out two reasons for this ratchet effect. 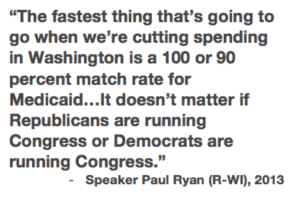 One is the “flypaper effect,” in which federal funds aren’t used to replace state and local taxes and fees, but instead simply add to the total budget. If the federal money ceases or is reduced, state and local taxpayers find themselves on the hook.

One example of the flypaper effect is the proposed Medicaid expansion. The federal government will finance 100 percent of the costs of those made newly eligible for Medicaid for states that take the federal money and implement the expansion, but only until 2016. Beginning in 2017, the federal contribution will drop to 95 percent, and to 90 percent in 2020 and thereafter, per the current law.

While the flypaper effect of the Medicaid expansion is actually built into the Obamacare formula, House Speaker Paul Ryan indicated it could be even worse as Washington tackles its budgetary mess. “The fastest thing that’s going to go when we’re cutting spending in Washington is a 100 or 90 percent match rate for Medicaid. There’s no way. It doesn’t matter if Republicans are running Congress or Democrats are running Congress. There’s no way we’re going to keep those match rates like that,” Ryan said in an interview in 2013.

The Medicaid expansion can also be an example of a “stimulus effect” of federal grants, in which strings are tied to the money that require matching local or state funding and maintenance-of-effort requirements. Also, the federal money often encourages projects that wouldn’t otherwise be undertaken, such as a streetcar project in Milwaukee that got the green light earlier this year.

That project will construct a 2.5-mile trolley in downtown Milwaukee at an estimated cost of $123.9 million. The project is justified by the promise and potential of several federal grants, including a $14.2 million grant awarded at the end of October. A federal grant will also cover 80 percent of the line’s operating costs, but only during its first 18 months, a clear incidence of the ratchet effect. 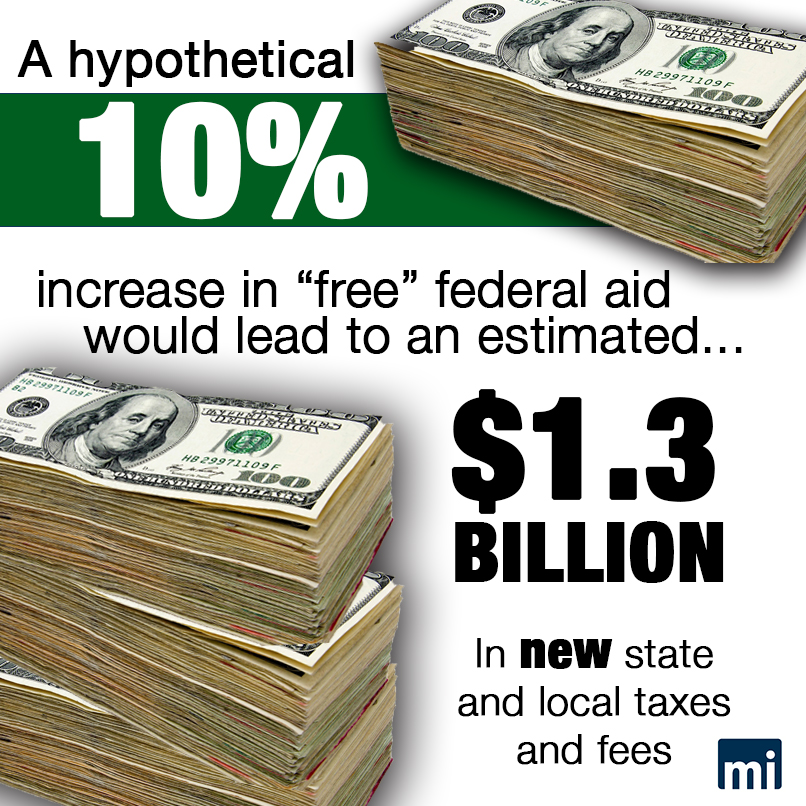 The study also found that in 2012, “Wisconsin state and local governments received $10.1 billion in federal intergovernmental transfers,” and projected the effects of taking more federal money:

Worth noting is that local and state taxpayers also pay taxes to the federal government, which spends hundreds of billions of dollars per year on debt service alone. So while accepting federal grants is essentially taking money from one pocket and and putting it in another, it also contributes to the nation’s catastrophic deficits and debt. This new research adds to the long list of reasons “free” federal money should be spurned by demonstrating such money actually leads to more spending and new taxes and fees.

The study is the most comprehensive statistical study of its kind to date, including information spanning 1972-2012 and controlling for economic and demographic differences among the states. A summary one-sheet can be found here.