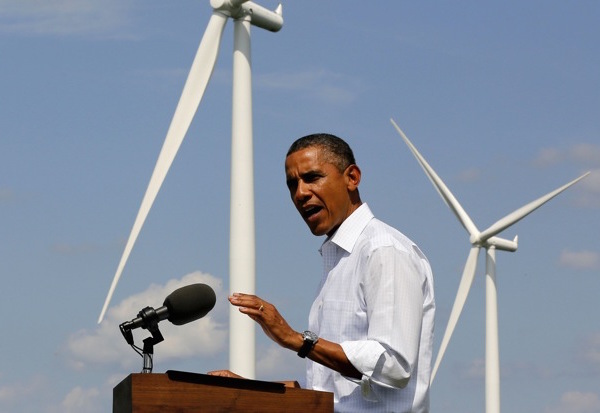 On the eve of the Paris summit on Climate Change, the president’s Environmental Protection Agency unleashed the Clean Power Plan (CPP) to control carbon emissions. The plan will not make a statistically significant reduction in the amount of carbon emitted but it will directly affect the electricity rates we pay. With the backdrop of Paris and the recent terrorism, one might be tempted to think the administration should have other priorities. But the War on Coal must be mercilessly waged, and Wisconsin will be the collateral damage.

How much is President Barack Obama’s CPP regulation going to cost us? At a recent special public hearing in Wisconsin, Senator Ron Johnson tried to find out how much the new regulation by the Environmental Protection Agency would raise electricity rates for Wisconsin’s manufacturers, small businesses and households.

Unfortunately, of Wisconsin’s electrical power suppliers only WE Energies showed up. They had bad news for their ratepayers, and presumably the ratepayers dependent on other utilities as well. Obama’s CPP is going to cause increased costs for producing electricity and that means higher rates for both residential and commercial consumers.

Bruce Ramme, the Vice President of Environmental for WEC Energy Group, reminded the committee that Wisconsin generates 60% of its power from coal. That means to comply with the new regulations, Wisconsin’s energy producers will have to spend more than other states’ utilities to bring the state into compliance.

It gets worse. Fans of the renewable energy mandates under former Governor Jim Doyle didn’t mind the expense because, they told us, the mandates would make it easier to meet future environmental regulations. They were wrong.

The base year for measuring reduced emissions under the Clean Power Plan is 2012. That means, according to Ramme, WE Energies will not get any credit for the over $12 billion in improvements made since 2003. If WE Energies had not bought three wind farms and a biomass energy plant, it would actually be easier to meet the carbon emissions standards now. As Ramme explained:

Not only are we not receiving credit for these past actions, but we are actually being penalized for the early, voluntary action. For example, states that have delayed investments in 5 renewables, energy efficiency, or new efficient generation are better positioned to comply with the Clean Power Plan. In other words, states that waited and took no early, voluntary action are rewarded.

Adding to the utility’s difficulties, by picking 2012 as the base year instead of a rolling average the Obama administration has picked a year that was from an economy still in recovery. Energy consumption was down, driving down energy production and emissions. Cutting emissions from there, as opposed to a rolling average, will be more difficult and costly.

According to Ramme, while rates will definitely go up they weren’t sure yet by how much. “We, along with the other utilities in the state are modeling our systems and have contracted with the Electric Power Research Institute (EPRI) to model the Clean Power Plan and its impact on Wisconsin utilities and our customers; preliminary results should be available next year.”

However, a study published by the MacIver Institute and The Beacon Hill Institute estimates electricity rates will climb 19% by 2030. The plan will cost Wisconsin $920 million and lower disposable income by nearly $2 billion. The average household will pay $225 more per year for electricity while the average commercial business will pay $1,530 more. Wisconsin’s industrial businesses, using one-third of the electricity produced in Wisconsin, will see an average increase of  $105,094 per year. CPP is expected to cost Wisconsin nearly 21,000 jobs by 2030.

In Ramme’s conclusion, he said, “As you know, we build things in Wisconsin. Wisconsin has a large manufacturing base and many of those industries and companies rely on electricity to help them manufacture their products. An increase in their electricity costs could have an impact on their competitiveness not just in the U.S. but abroad as well.”

It’s a stark assessment of the future from someone directly inside the industry. It’s too bad We Energies’ competitors, whether out of fear or possible competitive reasons, did not also choose to speak up at the hearing. Wisconsin ratepayers need to hear from our energy producers what the real cost of Obama’s carbon regulation will be if it is not reversed.