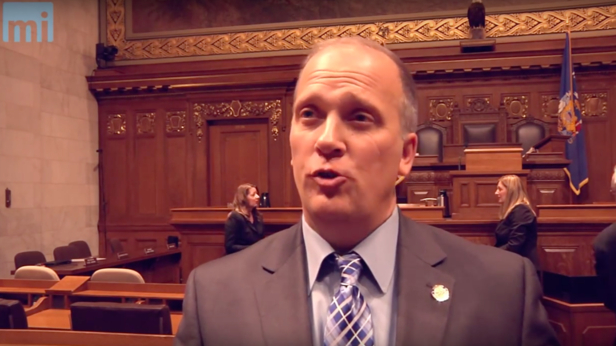 [Madison, Wisc…] Attorney General Brad Schimel has signed onto a federal lawsuit aimed at stopping the implementation of the Obama Administration’s Clean Power Plan (CPP), arguing that the Environmental Protection Agency (EPA) has exceeded its authority. Wisconsin joins 23 other states in the suit.

The lawsuit aims at section 111(b) of the CPP, which sets carbon emission limits for new coal and natural gas power plants. If enforced, this rule would prevent the state from building new coal plants because the new plants would be required to use carbon capture and sequestration. This new technology is costly and unproven, according to the Attorney General’s office.

“The EPA has exceeded its authority in finalizing emissions standards that are unattainable in Wisconsin,” Attorney General Schimel said. “Wisconsin is committed to attacking the EPA’s overregulation of our electric industry on all fronts. This is one more battle we must fight to protect manufacturing jobs in our state.”

Earlier this year, the MacIver Institute conducted a study with The Beacon Hill Institute at Suffolk University. The CPP would cost an estimated $920 million in Wisconsin by 2030, according to that study. Disposable income would drop by nearly $2 billion as a result of significant increases to energy costs.

A NERA Economic Consulting report also estimated that electricity prices could rise 14% on average between 2017 and 2031.

“Wisconsin’s leaders were right to oppose the proposed rule; they have even more reason to fight the final rule,” Healy writes. “To protect our citizens from Obama’s carbon rule, Wisconsin should pursue a “do no harm” approach by refraining from submitting a state plan in September 2016 and stopping any premature implementation by state regulators and utilities. There is no downside to this approach, as the EPA itself has said states do not have to submit a full plan or make binding commitments in 2016, buying time for the legal challenge.”

Wisconsin derives 62% of its electricity from coal – one of the highest state rates. For this reason and others, many Wisconsinites are opposed to the implementation of the CPP, which would have major effects on Wisconsin’s economy.

“The Obama administration ignored the concerned submitted by Wisconsin and other state across the nation, instead pursuing a political agenda that will increase costs and prevent the construction of future power plants producing reliable, affordable electricity for our state,” Gov. Walker said. “We are deeply committed to protecting Wisconsin businesses and ratepayers from the far-reaching impact of these rules.”

All told, 26 states have sued the federal government over sections of the CPP. Eighteen states have effectively countersued by filing a motion in defense of the EPA. New York joined onto that suit yesterday, making it the latest state to get involved. Only six states have not joined either lawsuit.