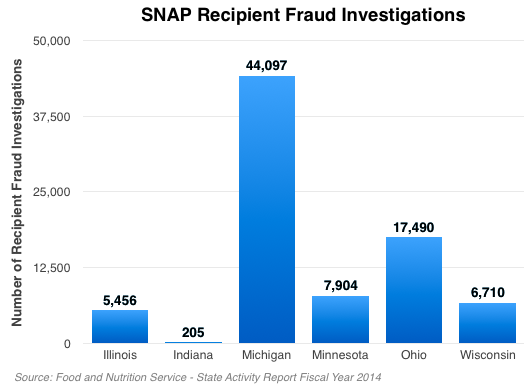 [Madison, Wisc…] The Wisconsin Assembly passed four bills related to entitlement reform on Tuesday night. For background information on each of the bills, read our past coverage here.

The first bill on the docket was Assembly Bill 188 (AB 188), which would remove FoodShare benefits from accounts that are inactive for more than 12 consecutive months.

Assembly has started debate on AB 188, to move FoodShare benefits from inactive accounts. .@RepJorgensen rises to introduce his amendment

Throughout the night, Republicans disputed the Legislative Fiscal Bureau price tag estimates for the bills. Regardless of the price, they said that the public needs to know that the programs are being used honestly.

Both Rep. Jacque and Vos saying they're not sure fiscal estimate of over $1million is accurate but even if it is, it's worth the price

Public has to have a high degree of certainty that public benefits programs are not being used for fraud, says .@repvos


The bill passed 66-31, with several Democrats breaking from their party and voting in favor.

Next up was Assembly Bill 200 (AB 200), an effort to deter the excessive use of FoodShare replacement cards. As originally drafted, the bill would have asked the federal government for a waiver to allow Wisconsin’s Department of Health Services to limit the number of replacement cards to four in a 12 month period. As amended, the bill does not actually limit the number of replacement cards which recipients can request. Rather, at four cards, DHS must send warning letters to recipients notifying them of excessive replacement cards. At five cards, DHS must start a fraud investigation on the recipient’s case. At six cards, the recipient must call DHS directly and explain the reason they need so many cards. DHS is also directed to instruct the recipient on the proper use of the cards.

Some members questioned how big of a problem this actually is. We asked DHS the same question.

We asked DHS how many replacement cards they have given out in the last three years several weeks ago. They are still working to respond.

Rep. Chris Taylor (D-Madison) spoke on the trio of FoodShare bills, saying the GOP was causing too much ambiguity by restricting replacement cards as well as adding photo IDs to them.

"if you're expecting children to keep track of a card that they need to eat, you're making a big mistake" says .@ChrisTaylorWI

Despite the changes to the bill, author Rep. David Heaton (R-Wausau) argued that the bill would still work to deter fraud.

System of warning letters will educate individual on how to use the card will deter fraud, says .@RepHeaton

AB 200 passed in a bipartisan vote with the same vote breakdown as the previous bill.

The Assembly then moved on to Assembly Bill 212 (AB 212) which would kick an individual off Unemployment Insurance (UI) benefits for seven years if they are found to twice intentionally misrepresent information about themselves while applying.

Author Rep. Samantha Kerkman (R-Salem) said she decided to introduce the bill after the Legislative Audit Bureau found millions of dollars in intentional fraud in the UI system during their December 2014 audit.

.@samanthakerkman introducing her bill on UI fraud. .@repvos says if you do the math, 60 people a day are defrauding the #UI system

Rep. Taylor rose again and read a UI application question on the floor to show how confusing they can be. She and other Democrats argued that the bill punishes people for making honest mistakes. Rep. Kerkman disputed those claims.

'The system is stacked against people who are trying to use it' – .@ChrisTaylorWI urges DWD to change confusing questions on applications

.@samanthakerkman says there are enough safeguards in place to make sure unintentional mistakes on forms do not count towards penalty

Rep. John Macco (R-Ledgeview) wanted to turn the debate around and remind members where the funding for UI benefits comes from: workers.

Rep. Kerkman ended the arguments for her bill, reminding the members that fraud is theft and that her goal was always to preserve the system’s integrity so that it could be effective.

Summary of author .@samanthakerkman's closing argument: "make the system stronger for those who need it." #UnemploymentInsurance #Reform

In the end, it passed along mostly party lines: all of the Republicans and two Democrats voted in favor.

The last public benefits reform bill of the night was Assembly Bill 222 (AB 222), which would add photo IDs to Quest cards. This bill was also heavily amended in committee. Originally, it would have asked the federal government for a waiver to allow photos to be added. The amendment added language to the bill saying clerks would not be required to ask recipients to look at the card in order to verify identity. With no requirement for clerks to verify identity at the checkout line, the bill stays in line with federal laws and thus no longer requires the waiver. Earlier in the day, author Rep. Jesse Kremer (R-?) noted that with a different administration in Washington D.C., legislators could go further to fight fraud in the system. During the bill’s public hearing, he admitted that he did not think the federal government would approve the changes, leading Democrats to question why the bill was up for debate.

Rep. Kremer: with a new administration in DC, could have grocers verify IDs of FoodShare cards. Says bill as is still works to fight fraud

Despite the changes, he said that it would still be an effective tool against fraud. Even though clerks don’t have to verify identities, individuals would be less likely to buy Quest cards on the black market if they have photos on them.

For context, the federal government found over $11 million in fraud during the last fiscal year. Fewer than 1000 recipients were kicked off the program.

How many were disqualified from SNAP as a result of fraud? 993 in fiscal year 2014. #wipolitics #fraud pic.twitter.com/zkc8ZGrPcB

.@RepChrisSinicki says she hopes .@repvos and other members reflect on their actions tonight when they're at prayer studies tomorrow morning

.@repvos says its not hateful or spiteful to want the public benefits programs to work

At the end of the debate, Assembly Committee on Public Benefit Reform Chairman Rep. Mark Born (R-Beaver Dam) rose to support the bill and address its cost.

In the end, the bill passed with all of the Democrats voting no and some of the Republicans joining them.