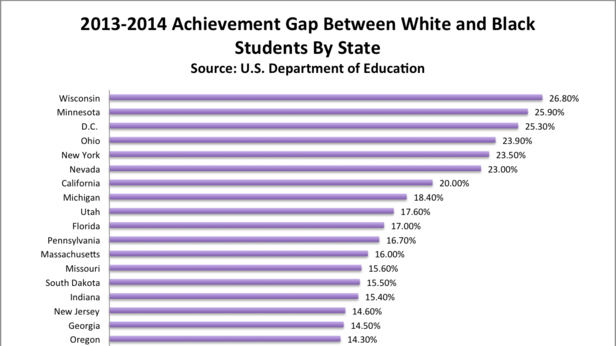 [Madison, Wisc…] Today’s Chart of the Day takes another look at achievement gaps by state. What do you think is the biggest driver of these gaps? In Wisconsin, the graduation gap between white and black students grew from 26.3% in the 2012-2013 school year to 26.8% in the 2013-2014 school year, making it one of only 10 states where the gap grew between years. Overall, 28 states saw the black-white graduation gap decrease from 2012-2013 to 2013-2014. The National Center for Education Statistics will release full numbers in the coming months.