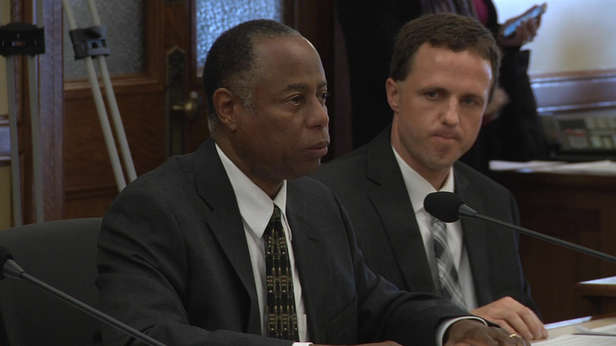 [Madison, Wisc…] The Wisconsin Department of Financial Institutions (DFI) provided plenty of material to supporters of a civil service reform bill on Tuesday.

That bill is meant to streamline the hiring process for state employees and define the term “just cause” for disciplinary action.

During a public hearing in front of the Senate Committee on Labor and Government Reform, DFI Secretary Ray Allen talked about how both those issues affect his department.

Supporters of the reform plan have pointed to an incident at DFI where a short order cook managed to score enough points on the civil service exam to get an interview for a financial examiner position.

Critics of the bill have argued against resumes claiming they’re too subjective. Allen explained the tests are also subjective, but that resumes would do a better job identifying skillsets.

“People think the exam is some sort of universal tool that measures the aptitude of applicants. In many cases the exam is a self-assesment survey that gives applicants the opportunity to answer open ended questions about themselves or rate themselves on a series of skills,” Allen explained.

Allen also spoke of an incident where they tried to fire an employee for theft, and yet through the arbitration process DFI ended up paying him $25,000 in severance and spent more than $10,000 in staff time during the process.

“You go in front of an independent arbitrator or mediator and you couldn’t convince him, which means you didn’t have enough evidence. You know there’s too sides to this,” Wirch said.

“We felt that in this instance that we had done everything legally. The lawyers had indicated to us, and the arbitrator at the WERC that they may in fact reinstate the person. And we felt that we had these continuing problems with this individual. This wasn’t one of our top employees. That it was best for us to settle, and under that settlement agreement we were able to part ways,” Allen explained.

The bill’s coauthor, Senator Roth (R-Appleton), also spoke at the hearing. He responded to accusations that he is trying to end civil service protection in Wisconsin.

Democrats argued the bill essentially ends, or at least guts, civil service protections in the state. AFSCME officials didn’t want to go that far, but claimed the bill “continues a path to withering away of civil service in Wisconsin. The path to destroying civil service began with the passage of Act 10,” said Susan McMurray, a lobbyist with AFSCME.

The Senate Committee on Labor and Government Reform is scheduled to vote on the bill (SB285) on Tuesday, October 13th.