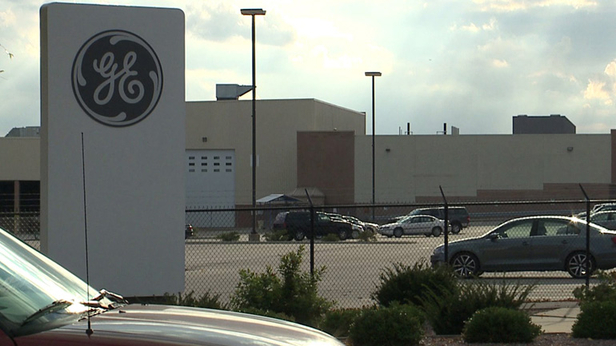 City of Waukesha Mayor Shawn Reilly is making his first foray since taking office into commenting on national politics.

However, State Rep. Scott Allen, who represents the area in Madison, told a slightly different story. In a statement released shortly after General Electric announced the plant closing, Allen wrote:

In a press release, and substantiated by my conversation with GE corporate spokesperson, Patrick Theisen, this afternoon, GE wishes to blame the problem on the House of Representatives and that body’s failure to act on the U.S. Export Import Bank. Mr. Theisen was eager to connect me with his public relations department to help me gin up a press release blaming Congress and demanding they act. In the same conversation, practically in the same breath, he told me that the decision on the Waukesha plant was made some time ago and that it was irreversible.

Congressman Paul Ryan also questioned General Electric’s motives for blaming congress. In an interview with Fox 6 news in Milwaukee, Ryan said, “I think it’s horrible that these workers are being laid off at GE, and I can’t help but think there have got to be other reasons. I mean, Canada has a 15% tax rate and we have a 35% tax rate to name one reason.”

Ryan added, “I can’t imagine the company the size of GE, which has tens of billions of dollars in revenue, can’t finance some of its own purchases.”

It does seem odd that the decision is somehow irreversible even if Congress acted tomorrow. The mayor might have mentioned the fragility of the factory’s position when he toured it with President Barack Obama in 2014. But Reilly is choosing to echo General Electric. In the letter, Reilly wrote:

The bank was started by the United States and quickly copied by other countries from throughout the world. It is an essential tool that allows American companies to compete on a global scale. The inability of Congress to pass the bank’s reauthorization is, quite frankly, infuriating.

The lack of action is reducing the U.S.’s global competitiveness and hurting communities, like Waukesha, right now. The problem will continue to get worse as businesses that rely on exports throughout the state find more competitive financial conditions in other countries.

Despite Reilly’s use of bold, italics and underlining, it isn’t true that the Export-Import Bank is “an essential tool that allows American companies to compete on a global scale.” Instead, it is a subsidy of large corporations, a signature example of corporate welfare and crony capitalism.

However, Reilly’s letter never addresses any need General Electric has for the Export-Import bank, only that they desire it. Certainly a company the size of General Electric could underwrite their exporting themselves, or find private financing if they so chose.

What General Electric apparently needed was a $265 million state-of-the-art “Brilliant Factory,” according to their website. It will be “a flexible production facility” that “will also have back-up capacity to manufacture diesel engine components for GE Transportation.”

Reuters also reports General Electric’s acknowledged, “the recent downturn in oil and gas drilling activity was a factor in the decision to end engine manufacturing in Waukesha.”

Then perhaps Reilly, instead of focusing on the corporate welfare of the Export-Import Bank, should instead be advocating for national policies friendly to energy production. While he’s at it, he could call for a reduction of the American corporate tax rate to match Canada’s. Reilly could also call for stopping President Barack Obama’s “Clean Power Plan” that will drive up energy costs for manufacturers like General Electric in Wisconsin. Reilly could even pen a letter opposing the EPA’s new ozone standard that will make much of southeastern Wisconsin a “non-attainment zone” making it nearly impossible for Waukesha to attract new manufacturers.

But we should not lose our skepticism regarding General Electric’s position, and we can certainly ask Reilly to focus his new attention on national public policy on those matters that will directly affect future job creation in his city.