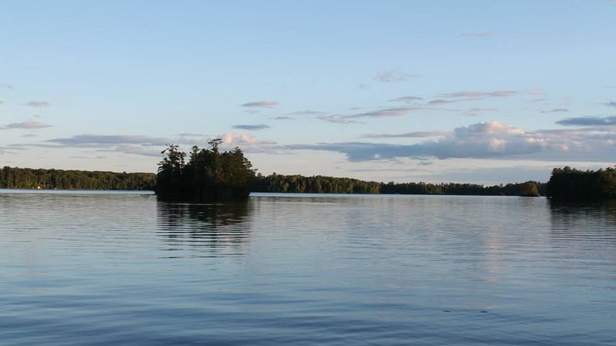 Anyone that owns a cabin or lives in the beautiful northwoods of Wisconsin knows that there is no place like it on earth. The densely-wooded forests are great for sportsmen during deer hunting season. The snowmobile trail system is amazing in winter. And the pristine lakes are perfect for fishing and water sports alike.

While a great many of us enjoy the northwoods in all seasons, complicated and burdensome regulations have hurt property owners for years. Instead of making it easier to enjoy the bountiful natural resources our state has, rules passed down by the state, counties, towns and others have severely infringed on the rights of property owners.

Fortunately, Sen. Tom Tiffany (R-Hazelhurst) and Rep. Adam Jarchow (R-Balsam Lake) found a way to take power away from government and give it back to the people.

Thanks to a provision in the recent state budget, changes to the state’s shoreland zoning rules have made it easier for Wisconsinites to mange their property the way they see fit – while still ensuring we protect the natural resources that all of us enjoy so much.

Before the budget passed, nearly every level of government could make rules for how lakefront property had to be managed. One lake in Sawyer County could have rules requiring 100 feet of water frontage per lot and a lake minutes away could require 300 feet. At the same time realtors, business owners and homeowners were left to figure out which rules applied to them.

This overly complex set of laws made it a nightmare for property owners, and more importantly, it violated their rights.

“I am an attorney in my real life,” Jarchow said recently. “I have had to represent a number of property owners over the years who have been abused and had their rights violated by counties in shoreland zoning cases.”

Instead of relying on sometimes arbitrary rules set by who knows which government agency, property owners can rest easy knowing there is one statewide set of rules for shoreland zoning enforced by the Department of Natural Resources.

Now, each lake in the state – all 15,000 of them – has the same requirements for lot sizes. They have to be a minimum of 100 feet wide. This is based on a previously-approved rule the DNR spent thousands of hours coming up with to determine the best way to protect the environment and the rights of property owners.

And that is what this is about. Wisconsin property owners should not have their rights taken away because government decided they wanted to. It is their property and bureaucrats should not be able to tell them what they can and cannot do with it – within reason of course.

“I have heard from many, many people who have thanked me and told me how supportive they are, how thankful they are that they finally have their property rights back,” Jarchow added. “I know there is a vocal minority of people who want to put power back in the hands of the bureaucrats, and I would vigorously oppose that. I believe the folks in the legislature would oppose that with me. I think we are a pro-property rights, pro-economic development group down there in the legislature.”

Any effort to take away the rights of property owners in Wisconsin should be quickly seen as just another attempt to give government more power. And I think we can all agree that bigger government is not the answer.