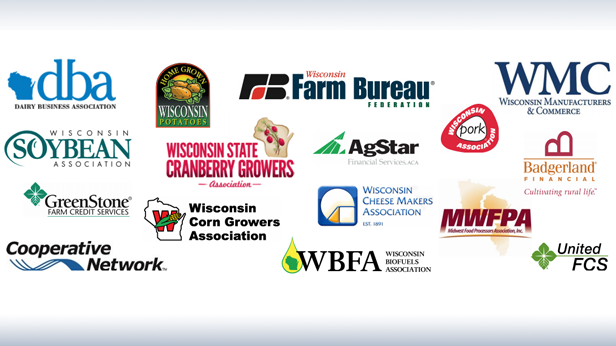 Letter: Complicated Regulatory Rules a Detriment to the Economy

[Madison, Wisc…] As legislators come back from summer break, a new coalition of industry groups is looking for changes to be made to the high capacity well permitting process.

A coalition of 16 agriculture, manufacturing and financial service organizations, including the Dairy Business Association, Wisconsin Manufacturers and Commerce, Badgerland Financial and others claims the current permitting process for new and existing high capacity wells is confusing and is causing a slowdown in Wisconsin’s economic recovery.

They outlined their concerns in a memo to the legislature, which was distributed Tuesday morning. Chief among those points was that the current process creates uncertainty for businesses. That uncertainty has led to a backlog of well permit applications at the Department of Natural Resources (DNR).

High capacity wells are regularly used by farmers and others to provide water for crops, animals and people. The determination “high capacity” means a well pumps 70 gallons or more per minute.

While these types of wells are extremely important to the agriculture industry and Wisconsin’s overall economy, Media Trackers previously reported that up to 170 permit applications are at a standstill at the DNR.

The reason for the standstill is confusion created by the Wisconsin Supreme Court, which allowed the DNR to add further regulation to the permitting process. However, state law argues the exact opposite, claiming that no agency may implement or enforce any standard, requirement or threshold unless it is explicitly required by statute or rule.

This burdensome and perplexing regulatory process has led dairy farmers, like Milk Source in Kaukauna, to invest millions of dollars in other states. And the coalition of Wisconsin organizations says businesses will continue to leave the state if something is not done.

“The State of Wisconsin, Agriculture, and Industry all need certainty and clarity in the permitting of new and existing wells. The arbitrary and subjective nature of the process has led to a cycle of stagnation, litigation, and businesses uncertainty,” their letter to legislators reads. “No reasonable business that needs water from such wells will invest millions of dollars to locate or expand here given such uncertainty.”

Sen. Rick Gudex (R-Fond du Lac) has introduced a bill that would reform the process for transferring ownership and the repair of existing wells, but it does not address the concerns for new wells.

Some in the coalition are supportive of Gudex’s efforts, but all believe much more needs to be done to resolve the standstill.

Andy Wallendal of the Wisconsin Potato and Vegetable Growers Association and Gordon Speirs of DBA argued for comprehensive changes to the regulatory process in a recent column for the Wausau Daily Herald.

“We agree that lawmakers need to act — but not with new, stifling regulations. We need legislation that provides the Department of Natural Resources staff with scientifically sound guidelines for approving new wells,” they wrote. “A current backlog of permit applications has left Wisconsin at a dangerous standstill that threatens massive investment in communities across the state, vital food supplies and an important piece of our heritage.”

“There’s a few pieces of legislation out there right now that are being evaluated, and we are going to have to see which one or combination of the pieces that are out there that make the most sense to put together,” he said in an interview. “Hopefully we can develop a good piece of legislation that will have a positive impact on jobs and the economy and give some certainty, predictability and clarity to the high capacity well situation so that we can expand and grow businesses in the state of Wisconsin.”

Senate Bill 239, the plan authored by Gudex, has a public hearing on Wednesday. No other legislation has been introduced. The MacIver Institute will provide updates on this issue has they come available. Check back often for the latest information.