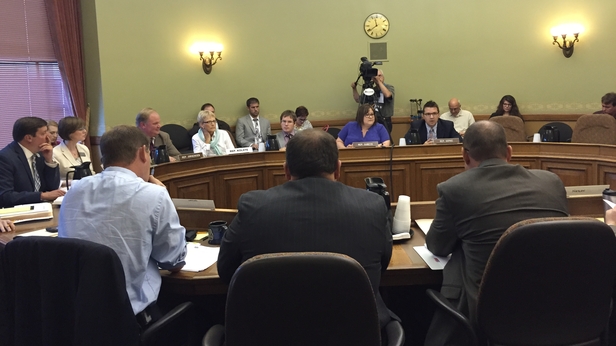 [Madison, Wisc…] The Assembly Committee on Public Benefits Reform passed Assembly Bills 212 and 222 in an executive session on Tuesday, which included more than a dozen amendments.

As the MacIver Institute previously reported, the original draft of AB 222 would require that individuals’ photos be added to FoodShare cards in an effort to cut down on fraud and abuse. Food stamp recipients would need to present the ID card with their photo in order to verify their identity and make purchases using Supplemental Nutrition Assistance Program (SNAP) benefits.

However, Rep. Jesse Kremer (R-Kewaskum) said the bill would require waivers from the federal government, which bars clerks from singling out food stamp users or otherwise treating them differently from other customers.

In an effort to make the bill easier to pass and to avoid applying for at least one waiver from the federal government, committee members voted through an amendment that deletes the bill’s language requiring individuals to present the cards when making purchases.

Committee members, especially democrats, were confused by the amendment – though it passed 13-1.

“Why do this amendment rather than simply withdrawing the bill?” Rep. Lisa Subeck (D-Madison) asked. “If we’re going to put these pictures on the cards yet nobody needs to see them, we are wasting taxpayers’ money. There is no effective impact on fraud or anything else. We are looking at over two million a year in ongoing costs, let along that seven-ish million in startup costs…and we’re going to throw that money away to put photos on cards, I guess for fun.”

Kremer responded by saying the bill is still effective in maintaining integrity of the system since it goes after the black market of food stamp cards.

“What we’re trying to prevent is some of the people trafficking these cards that might have a picture of a 20 year old female on it and it’s a 50 year old guy who’s trying to buy it, there might be some disincentives to purchase that card,” he said. “We have to keep trying to maintain integrity of the program, sometimes that costs a little bit of money to ensure they’re doing their jobs.”

Democrats introduced nine other amendments, which were all voted down. The final bill as amended passed 8-6, with Rep. Adam Neylon (R-Pewaukee) joining the democrats in opposition.

The committee also passed AB 212, which would bar individuals from claiming UI benefits for seven years if they are twice found intentionally concealing or misrepresenting information on their applications forms.

According to author Rep. Samantha Kerkman (R-Salem), the bill aims to reduce fraud in the unemployment insurance system. A December 2014 audit found that intentional fraud of UI benefits totaled $86 million during the three-year audit period.

Both bills will now head to the full Assembly, which is scheduled to be on the floor Thursday, September 24.