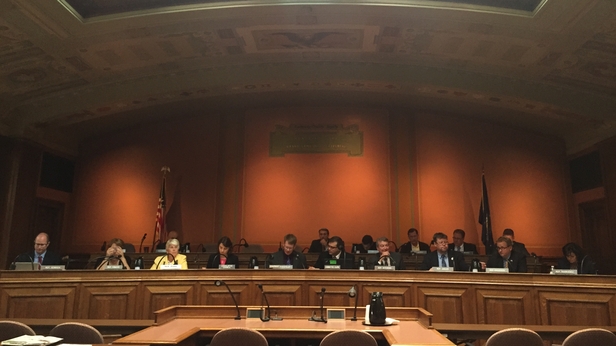 Changes would increase number of classrooms participating in the program, delay first state evaluation of program by one year

2015 Wisconsin Act 53 created the AGR program in July of this year. The program targets funding to schools with low-income students and creates a five-year contract between school districts and the Department of Public Instruction (DPI). In order to receive funding, participating schools must meet certain conditions in an effort to reduce the achievement gap.

According to current law, a school meets those conditions by using one or more of three achievement gap reduction strategies:

Sen. Luther Olsen (R-Ripon), the lead Senate co-sponsor, said that the bill was a technical change due to differences in interpretation between the drafters and DPI.

“Unfortunately when they drafted the bill, and DPI was going to put it into law, [DPI] discovered that there was what they felt was language in there that would require DPI to pay schools for kids who didn’t get services,” Olsen said. “That wasn’t what we intended, and so that’s why this bill needed to get passed…We only pay for classrooms that are using the strategies.”

Current law also requires that DPI commence annual evaluations of the AGR program in the 2017-18 school year. If passed, AB 287 would delay the first state evaluation until the 2018-19 school year.

Committee members did not offer much debate on the bill before taking a vote, though Rep. Christine Sinicki (D-Milwaukee) expressed dismay that committee members were spending time fixing laws that they hastily passed.

As the MacIver Institute has previously reported, Wisconsin has massive achievement gaps which exist across the state and in multiple different parameters.

According to DPI data for the 2013-14 school year, a 28.1 percent achievement gap in reading between white and black students existed statewide. That number rose to 37.5 percent statewide for mathematics.

At the local level, certain districts such as Madison Metropolitan and Milwaukee Public Schools show much higher rates than the statewide gaps. For example, a 50.6 percent achievement gap existed in 2013-14 in the Madison Metropolitan School District between white and black students in mathematics.

When it comes to four-year graduation rates, a 27.9 percent gap between white and black students exists statewide. That number rises to 34.9 percent when looking at just Madison.

Given these kinds of numbers, it’s no wonder that the legislature has been making efforts to address achievement gaps across the state.

The bill will now be available for scheduling on the full Assembly floor. The Assembly’s calendar will be set on September 22 and session will be held on September 24.