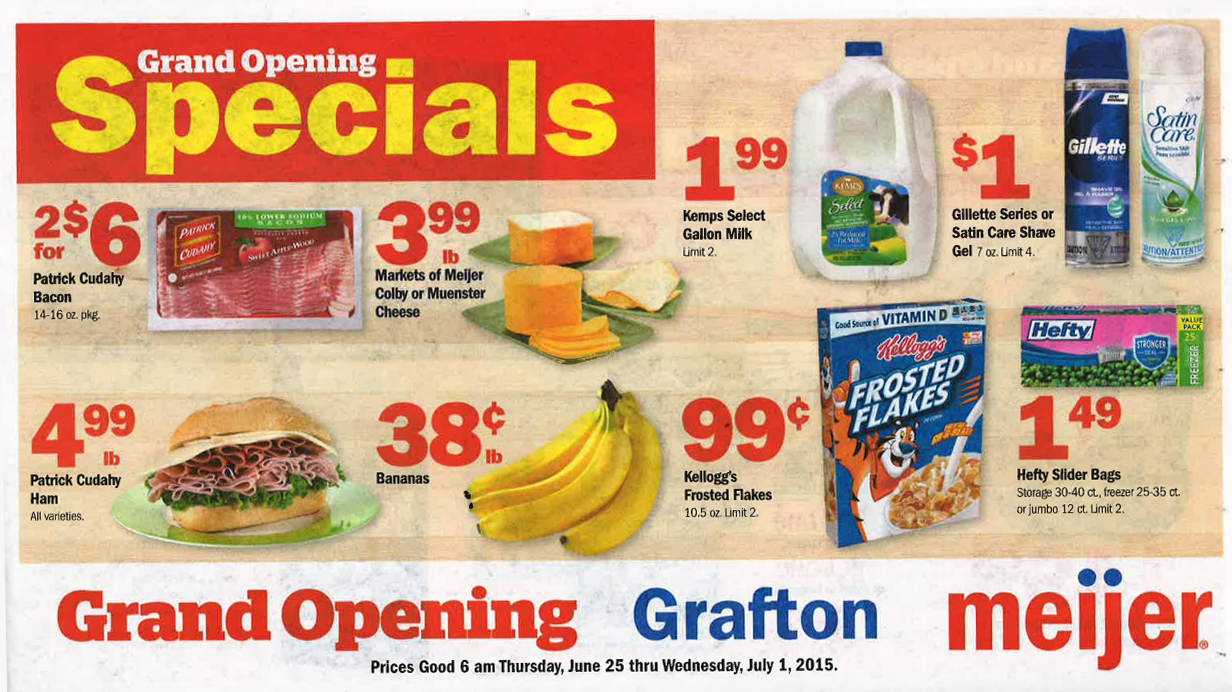 [Madison, Wisc…] A new retailer opening stores across Wisconsin this summer is offering prices on some products that its competitors cannot match, because by doing so they are breaking an obscure state law that sets minimum prices on everything from groceries to gasoline.

Meijer – a Michigan-based supermarket chain that sells mainly groceries, but also stocks men’s and women’s clothing, televisions and sporting goods, among other products – opened its first stores in the state this year. The company plans to have seven new stores in southeast Wisconsin by the end of 2016.

Likely in an attempt to break into the new market, Meijer is allegedly advertising and selling products for less than cost. In Wisconsin, however, that practice is illegal under the Unfair Sales Act – also known as the minimum markup law.

With many of the stores just opening, the state’s Department of Agriculture, Trade and Consumer Protection (DATCP) is already investigating the company to see if the claims hold water.

The violation, if true, could result in Meijer being fined per infraction for engaging in an action that state statutes call “deceptive” and “unfair.”

“The practice of selling certain items of merchandise below cost in order to attract patronage is generally a form of deceptive advertising and an unfair method of competition in commerce,” the statute reads.

“Such practice causes commercial dislocations, misleads the consumer, works back against the farmer, directly burdens and obstructs commerce, and diverts business from dealers who maintain a fair price policy. Bankruptcies among merchants who fail because of the competition of those who use such methods result in unemployment, disruption of leases, and nonpayment of taxes and loans, and contribute to an inevitable train of undesirable consequences, including economic depression.”

The company could be fined up to $500 for the first violation and up to $2,500 for each subsequent violation.

There are currently four separate complaints filed with DATCP against Meijer for selling items below cost in defiance of the Unfair Sales Act. Those items range from cans of baked beans and yogurt to frozen pizza and milk.

The law has been on the books since 1939 and was initially meant to protect smaller companies from big-box stores like Walmart and Best Buy. But, the real losers in the end are consumers that have to pay higher costs.

A good example of the problems caused by this law is plainly seen in Walmart’s popular $4 generic prescription drug program. While the large retailer offers low-cost medication to its customers nationwide, Wisconsinites have to pay more for certain prescriptions thanks to the minimum markup law.

A spokeswoman for Walmart previously claimed that consumers could save up to $35 million on medication in Wisconsin if the law was repealed.

In every other state, businesses are allowed to use below cost sales as a competitive tactic to attract customers to their businesses. As a new entry in the Wisconsin marketplace, Meijer may be unfamiliar with Wisconsin’s protectionist Unfair Sales Act. Or, Meijer may be aware of it and was willing to risk detection in order to support their entry into the market.

In either case, the law – for those who choose to follow it – places a large regulatory burden on private businesses all across the state.

Legislators have tried to reform the law on numerous occasions, including a bill in 2012 that had bipartisan support. However, each attempt has stalled.

The MacIver Institute will provide continuing coverage on any proposals relating to the minimum markup law. Check back often for updates as they are available.