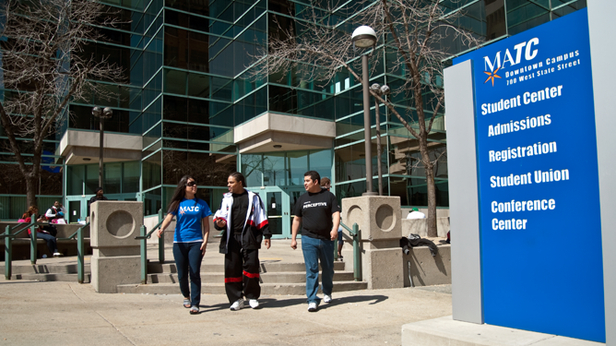 [Milwaukee, Wisc…] While the City of Milwaukee might look to its technical college to help fuel its economic growth, at least one economics instructor at the Milwaukee Area Technical College (MATC) is advocating for a stagnant economy.

Jim Carpenter is an economics instructor at MATC, making over $95,000 a year. He is also the director for the Milwaukee chapter for the Center of the Advancement of the Steady State Economy (CASSE).

The cornerstone of this philosophy is a “stabilized population,” which means no population growth. CASSE states if population were flat, there would be no need for the economy to grow because you wouldn’t need more jobs, food, energy, etc. Everything could remain static.

Additionally, in this utopia, there would be a minimum and maximum income, a 30-hour workweek, cities would be smaller and more compact, and cycling would be the main form of transportation. Technological progress would be limited by what’s best for society. The free market would determine how goods and services are allocated, but government would determine how big companies could get and what resources they could use.

Carpenter is actively doing his part in this plan at MATC. His bio on CASSE’s website states, “He has integrated the principles of the CASSE Position Statement into his economic courses. He teaches that full employment can be achieved without real GDP growth if the population stops growing.”

“I teach sustainable economics as an economics instructor at MATC. This involves challenging the misconception that limitless economic growth is possible. I am the co-chair of the Issues Committee of the Democratic Party of Milwaukee County and am on the Platform and Resolutions Committee of the state party. I try to live sustainably, which means rejecting consumerism as a way of life,” he wrote.

Carpenter has the potential to reach 105 students through two intro level Economics classes and one macroeconomics class he’ll be teaching this fall. He also serves on MATC’s sustainability committee.

At Milwaukee’s Sustainability Summit this past spring, Carpenter was the moderator for a breakout session called “Recognizing the Limits to Economic Growth and the Need for a ‘Steady State Economy.”

That entire day of the summit was dedicated to the “Economics of Sustainability.” Both Dr. Vicki Martin, MATC President, and Milwaukee Mayor Tom Barrett delivered opening remarks.