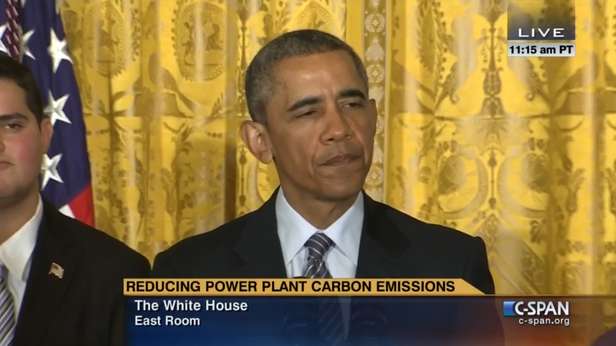 [Madison, Wisc…] The Obama Administration released its final form of the controversial Clean Power Plan on Monday, which will make each state submit plans for cutting its carbon emissions 32 percent by 2030.

The original proposal would have required 30 percent emissions reductions and that states submit a plan to comply by September 2016. Full implementation would have been required by the states in 2020. The final plan increases the emissions reduction target but allows for up to a two-year extension for states to submit their plans and start full compliance.

The Environmental Protection Agency’s (EPA) final rule also includes a “safety-valve” feature to guard against power supply reductions from phasing out high emission power plants. States would be able to apply for deadline extensions if needed.

New incentives to develop clean energy alternatives were added to the rule as well.

These small changes and additions to the Clean Power Plan will do nothing to lessen its devastating effect on the Badger State. For a proposed rule that generated sharp criticism from key stakeholders and state officials while generating 4.3 million comments on the EPA’s website, one would have thought the standards would be decreased instead of increased.

According to a joint report by the MacIver Institute and The Beacon Hill Institute at Suffolk University, the original Clean Power Plan proposal would cost Wisconsin $920 million in 2030, increased electricity prices by 19 percent and lowered disposable income in the state by nearly $2 billion. Now that the finalized rule requires a larger percentage of carbon emission reductions, these figures could be even higher for the Badger State.

In fact, another model from the Public Service Commission – Wisconsin’s utility agency – says electricity costs could rise by as high as 29 percent under the Clean Power Plan.

Wisconsin is a state that relies heavily on coal-fired power plants, which is the main target of the Clean Power Plan. In fact, Wisconsin derives 62 percent of its electricity from coal, one of the highest levels in the U.S.

Many existing coal-fired power plants will be phased out under the plan, causing Wisconsin to transition to other energy sources such as natural gas or more expensive renewable energy sources.

Wisconsin would also lose 20,995 jobs from these higher energy costs, leading to $1.82 billion less disposable income and $236 million less investment in the state.

Gov. Scott Walker had sharp words for the final rule.

“Yet again, President Obama is taking unilateral action and overstepping the limits of his authority to pursue a political agenda,” said Walker. “The Obama Administration ignored the significant, overriding issues that will increase costs for Wisconsin ratepayers by up to $13 billion, unnecessarily harming families and killing manufacturing jobs.”

Attorney General Brad Schimel indicated that another legal challenge to the rule would be coming from the Badger State.

“Based on our initial understanding of the final rule, the Clean Power Plan will be detrimental to Wisconsin’s economy by dramatically increasing residential and business electricity bills, resulting in significant job losses,” described Schimel. “At the direction of Gov. Walker, Wisconsin will join numerous other states in a lawsuit to stop the federal government’s unlawful actions.”

The state previously joined 11 others in a lawsuit against the Clean Power Plan in its proposed form, which was declined review because the rule had not been finalized.

Walker, 49 state legislators, and two state agencies all penned letters to the EPA last December expressing their concerns with the Clean Power Plan. Walker was disappointed with the EPA’s lack of respect for Wisconsin’s existing energy investment and the skyrocketing energy costs that will result from the carbon rule.

The EPA’s own projections say that the Clean Power Plan will only reduce global temperatures by .018 degrees by 2100.

Click here to read joint MacIver/Beacon Hill report on the detrimental effects the Clean Power Plan will have on Wisconsin.