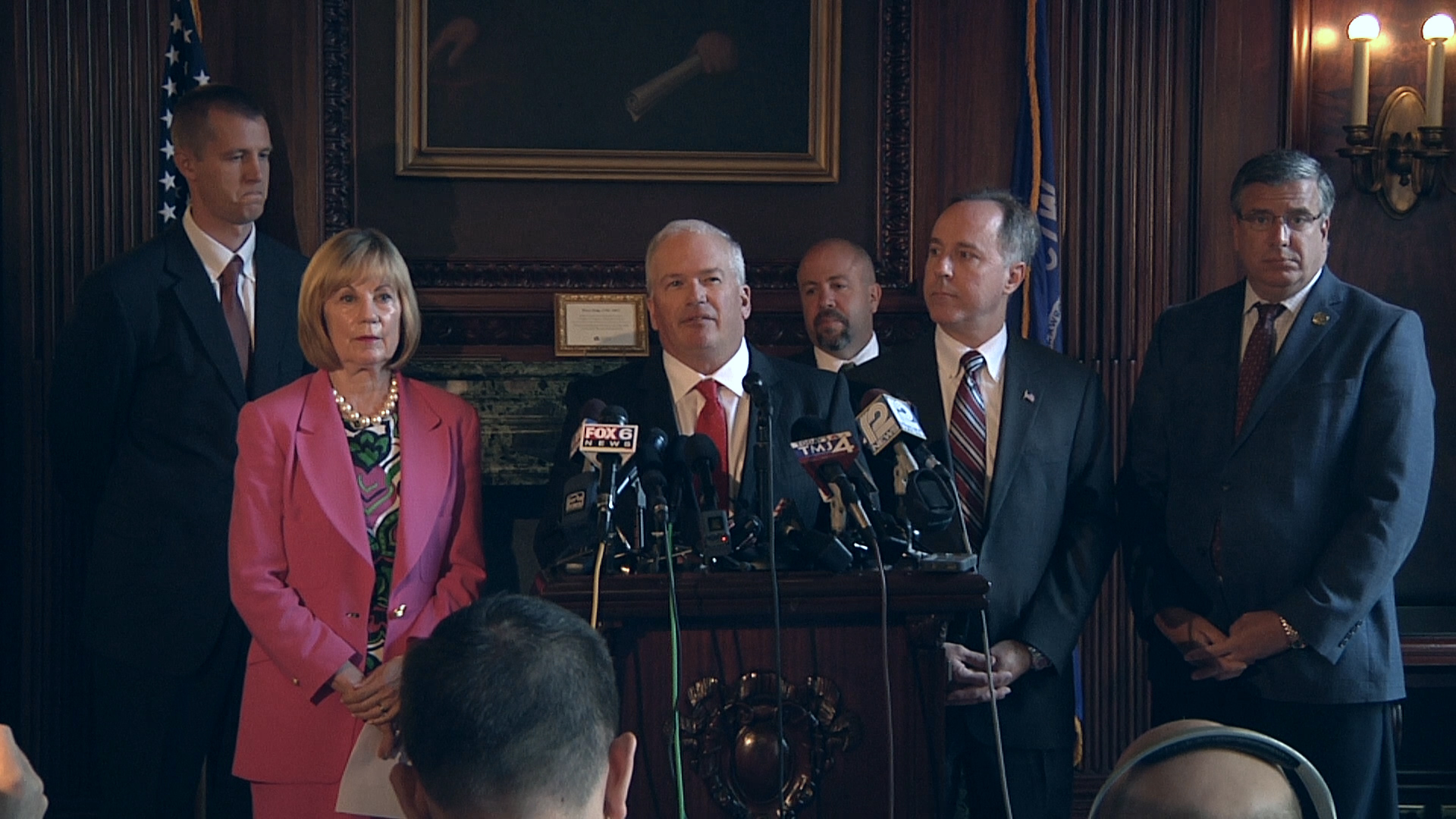 [Madison, Wisc…] For the third day in a row, Republican lawmakers in Madison unveiled a way forward on how to take on Wisconsin’s prevailing wage law.

On Monday, Assembly Speaker Robin Vos (R-Rochester) announced a plan that would preserve the prevailing wage law while adjusting threshold levels, creating some carve outs, forming an additional oversight committee and calling for a four-year state-run study on cost savings associated with projects no longer covered by the law. Vos told reporters on Monday that he was confident his plan could pass both chambers and the governor would sign it.

But then on Tuesday, Republican Senators began rallying around Senator Frank Lasee’s plan (R-De Pere), which goes much further than Vos’ plan.

Under Lasee’s plan, prevailing wage would no longer be applied to construction or renovation of public school buildings, local road projects or any other county or municipal construction – something local governments have been calling for since the debate on prevailing wage started in early spring.

However, Lasee’s plan changes how the wages are determined. His bill calls for the elimination of the inaccurate prevailing wage determination survey administered by the Department of Workforce Development (DWD). Instead of having two different sources of government-set wage rates between the Wisconsin’s prevailing wage law and the federal Davis-Bacon law, Wisconsin would align its rates with federal rates.

“Full repeal for locals has always been my bottom line,” Senator Duey Stroebel (R-Saukville) told the MacIver News Service after a Senate caucus meeting on Tuesday. “Robin Vos’s plan is simply a non-starter, I think for the Senate in general.”

Senate Majority Leader Scott Fitzgerald (R-Juneau) met with Speaker Vos after the Senate Republican caucus on Tuesday to find middle ground between the two plans. They announced their agreement at a press conference on Wednesday morning.

“This is a difficult issue, I think, that’s also been something that’s been kind of hanging us up on full completion of the budget,” Fitzgerald said.

Vos then explained that the Assembly would hold a floor debate on a bill from earlier in the session that would completely repeal prevailing wage. That bill, AB 32, has 35 sponsors in the Assembly and seven sponsors in the Senate and was passed out of the Assembly Labor Committee in May. Once on the Assembly floor, legislators would try to amend the bill using language from Lasee’s plan.

“I predict that we will pass that bill,” Vos said. “Our leadership team will work to make sure that that bill will go to the Senate where they can also have a discussion.”

If the bill reaching the Senate is essentially the Lasee Plan, there are indications that it will pass there too. And with that, Senator Fitzgerald would also potentially will have garnered enough support to pass the budget as well.