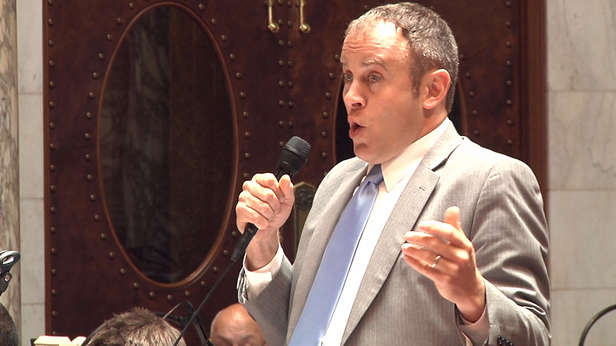 The State Assembly passed the 2015-2017 state budget early Thursday morning on a 52-46 vote. Eleven Republicans joined every Democrat in voting against it. The budget bill, Senate Bill 21, now heads to the Governor. Below is a sampling of reactions to the budget bill:

“I am pleased that the Assembly gave final legislative approval to this solid budget that continues to reform Wisconsin and move our state forward.  The new two-year spending plan increases aid to K-12 schools, freezes UW tuition, fully funds SeniorCare and freezes property taxes. This budget is good for Wisconsin and its taxpayers.”

“My Democratic colleagues who have heard from citizens from across the state have told us how damaging this Republican budget is to their livelihoods and their communities, so we offered many amendments that were true to Wisconsin values. Unfortunately every Democratic amendment was rejected – nearly every one on a party-line vote – as Republicans passed up every opportunity to make this budget better.”

“In short, this budget reduces state borrowing to the lowest level in nearly three decades, while ensuring that our state’s seniors, natural resources, schools and other vital programs are protected. I’m proud to have voted in favor of this budget and real, bold, fiscal reforms that will allow us to continue to operate within our means as a state.”

“This budget cuts $250 million from our universities, including $12 million from UW-Stevens Point over the next two years. It takes millions of dollars away from our public schools and gives it to private unaccountable voucher schools. It dismantles a long-term care system that seniors and people with disabilities rely on for their independence and quality of care. And it lowers wages and attacks Wisconsin workers’ right to a weekend.”

“We simplified our state’s tax code, imposed no new taxes, and ensured this budget carries the lowest amount of state borrowing in 30 years. SeniorCare’s funding will be maintained at its current level, deleting the governor’s plan to reduce its funding by almost $94 million over the biennium.”

“This state budget continues our strong record of enacting bold government reforms that result in a balanced budget without raising taxes. Wisconsin middle class families and taxpayers win under this budget that reduces the tax burden and freezes college tuition.”

“I am very excited that this budget includes full repeal of prevailing wage mandates on all local governments, which will save taxpayers hundreds of millions of dollars each year in artificially high costs for public projects. This change will reduce long term debt and improve budget flexibility for every form of local government- from school districts and counties, to towns, villages, cities and technical colleges.”

“This budget also sees the first significant reform to the prevailing wage laws since their implementation eighty four years ago during the great depression. This budget will exclude all local governmental entities from this archaic law, leaving hundreds of millions of dollars in the communities to be better used on other projects or tax decreases for our constituents.”

“The Lasee/Hutton plan to reform Wisconsin’s prevailing wage laws is meaningful, significant reform and will provide Wisconsin taxpayers with relief for years to come. Thanks to these reforms, opportunities for small, local businesses will open up for them to compete to build public works projects. On behalf of the construction employers, small businesses and local governments we represent, we commend the state Legislature for passing this reform and urge Governor Walker to sign it into law.”

“The 2015-17 state budget funds vital services for our citizens without raising taxes, and prioritizes spending to keep our state moving forward. My top priority was funding for K-12 education, and the budget passed tonight restored the $150 per pupil categorical aid in the first year and increased funding $100 per pupil in the second year. I insisted on more money for our schools, so I consider it a win that I was able to secure over $200 million in additional funding for K-12 education and $50 million for the UW System.”

“As I noted in my speeches on the Assembly floor tonight, this budget should have been about supporting our public schools and our children with unique educational needs – not depriving public education of adequate funding for the third budget in a row.”

“We made a significant investment in our public education system by restoring the Governor’s cut and adding additional per pupil funding in the second year of the biennium. Education funding makes up the largest expenditure in this budget, with 33% of general purpose revenue going towards our K-12 education system. As well as an increase in funding, this budget invests in education grants, including grants for youth apprenticeship and adult literacy.”

“Over the past several months, many constituents contacted me regarding their top priorities for the budget. I listened to my constituents and worked to ensure that their concerns were addressed. I am proud that this budget moves to save SeniorCare for our seniors and protects IRIS and ADRC facilities for future generations. Most importantly however, I’m proud that this budget increases funding for our K-12 school system by $200 million.”

“Thanks to our robust discussion on transportation funding, this budget will effectively reduce our state’s transportation bonding to the lowest level in decades. The plan keeps completion of the Zoo Interchange on track, and ensures that this economic driver for our entire state is completed as scheduled.”

“Improvements to our state’s transportation budget are also included in the state budget. Not only did we reduce the amount of borrowing to pay for our state’s roads, we held all areas of the state equal. Today, borrowing is the lowest it has been in nearly 30 years. We’ve invested in our infrastructure without running up the state’s credit card.”

“In my listening sessions and around my district, I heard from constituents concerned about our most vulnerable residents. This budget preserves SeniorCare, which helps seniors pay for their prescription medication, and continues the IRIS, self-directed option within the Family Care long-term care service system.”

“We also made a commitment to protect our state’s most vulnerable populations. We saved SeniorCare so the elderly will be able to continue to afford their prescription medications and we expanded the Family Care program statewide. Because of this change, disabled people across Wisconsin will now have access to the important services provided by this program including self-directed care and ADRC services.”