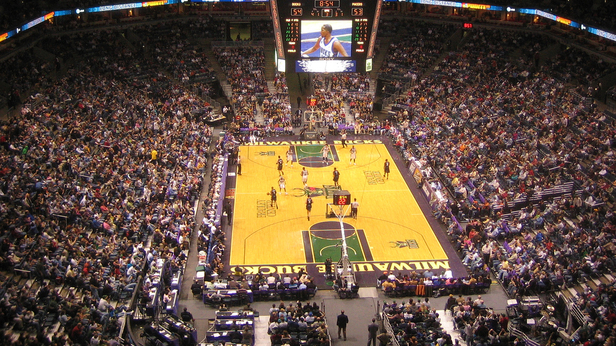 [Madison, Wisc…] The Wisconsin Assembly approved the Senate’s Bucks arena deal on Tuesday, July 28, 2015 on a 52-34 vote after minimal debate and no dissent.

Just a few short weeks ago, there were still serious doubts about whether enough support existed in both chambers to pass the bill at all.

“This is a fair plan. It’s actually taken everyone stepping up,” Assembly Speaker Robin Vos (R-Rochester) said on the floor.

The Senate amended and passed the bill on July 15th on a 21-10 vote. It added a $2 ticket surcharge to the original plan, and said Milwaukee County could not use debt collection to fund its portion of the deal. Otherwise, the original plan remained mostly intact. The Assembly did not add any amendments onto the bill.

The Bucks and private investors are responsible for half the costs. The other half will be covered by taxpayers. The state and the county each are responsible for providing $4 million a year for the next 20 years to the Wisconsin Center District. That entity will be responsible for doing the actual bonding, and for contributing another $93 million to the project.

“That is going to be less because of the ticket fee that was added on,” Vos said. “So the taxpayer contribution is really 3 and a half million.”

The $2 ticket surcharge is expected to raise $2 million annullay. The state will get $25% of that and the Wisconsin Center District will get the remainder to immediately put towards debt service on its bonds.

During his opening remarks, Minority Leader Peter Barca (D-Kenosha) additionally pointed out the Bucks are responsible for cost overruns.

“This bill brought together a lot of unlikely allies,” Rep. Mandela Barnes (D-Milwaukee) said during his floor speech. “I’m so proud that we could come together.”

“This isn’t going to change Milwaukee,” Rep. Dale Kooyenga (R-Brookfield) said. “but what will change Milwaukee is having a positive influence and being involved in those neighborhoods.”

Debate lasted for about an hour. None of the floor speeches opposed the bill. Several lawmakers explained how they came to their decision to vote for it.

The Bucks currently play in the 27-year-old Bradley Center. The NBA has stated if the team does not have get a new arena within the next couple of years, it will buy the team back from the current owners and move it to a different city.

Public officials who support the arena deal have claimed “it’s cheaper to keep them.” They argue the income taxes collected from NBA players more than offsets the state’s $4 million a year contribution. Right now, those collections are estimated at $6.5 million annually, and are expected to rise as the NBA’s new media contracts go into effect.