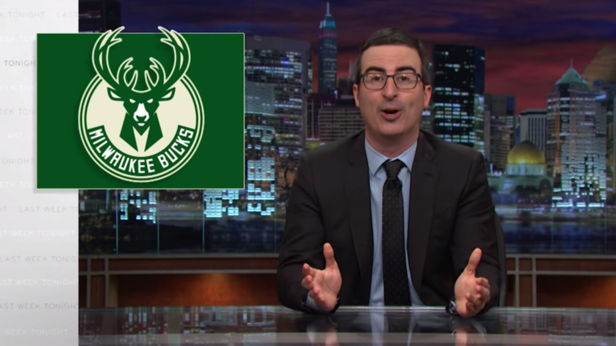 [Madison, Wisc…] On Sunday, John Oliver took nearly 20 minutes of his half-hour HBO television show to discuss the problems with publicly funding arenas and stadiums for privately owned sports teams. Wisconsin’s own Milwaukee Bucks were frequently mentioned by Oliver as the state legislature continues to negotiate a deal to keep the team in the state’s largest city – a plan that will likely include hundreds of millions of dollars in taxpayer funding.

The show’s host makes some very important points about public money going to finance such deals in the video, but additionally, it is simply too funny not to share.

Check out the video from Last Week Tonight below. Please be aware that viewer discretion is advised as the video originally aired on HBO.