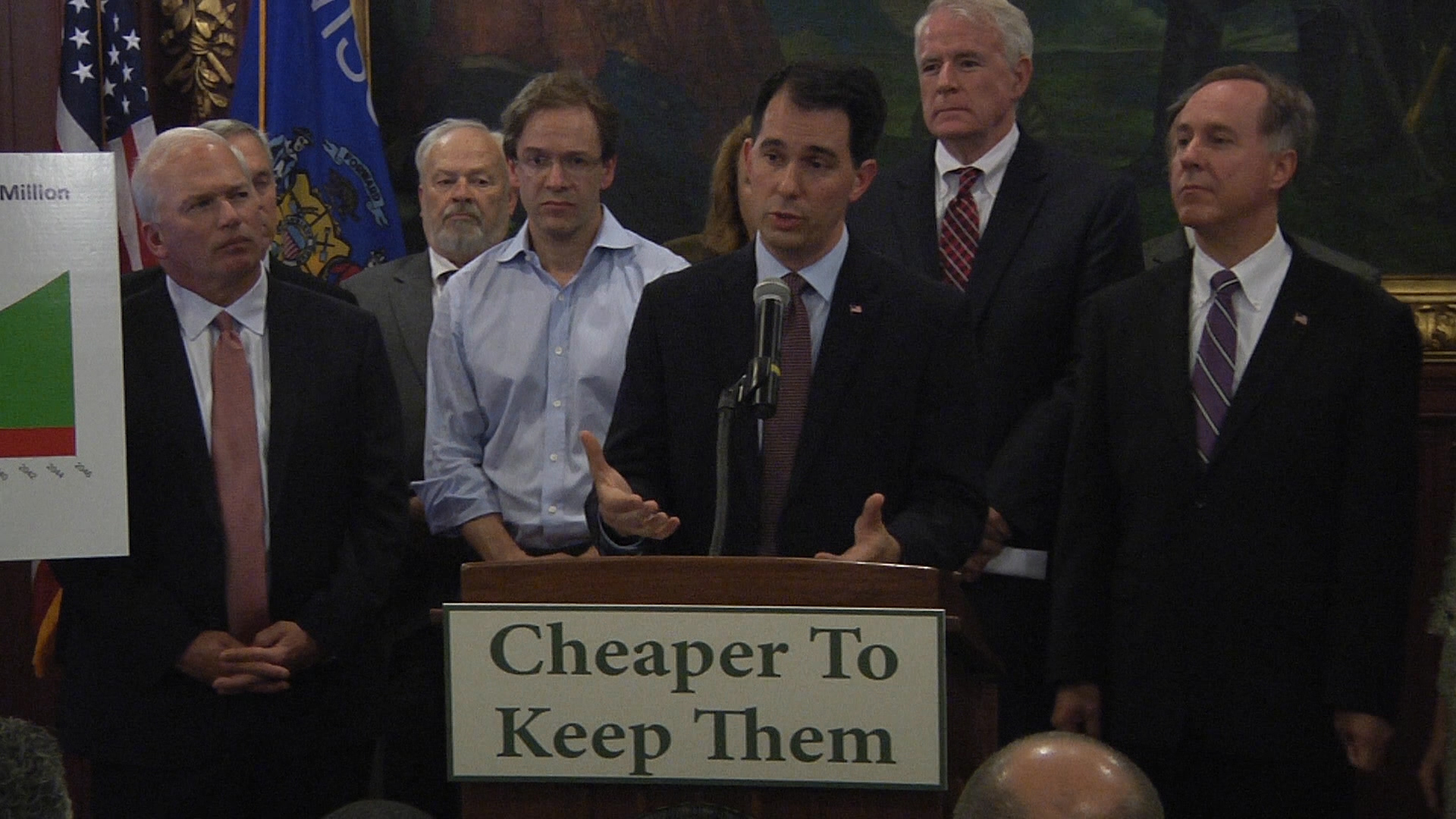 From what we have seen, the proposed plan for a new Bucks arena in downtown Milwaukee is anything but a win for taxpayers. Estimates put the total cost to taxpayers at $400 million, and there is very little return for that money.

Will taxpayers get any of the profits from the events hosted at the new arena? Will they get a stake in the Bucks? What about a piece of the likely lucrative naming rights deal?

Based on reports, none of this is going to happen. What does seem likely, however, is that legislators are not going to let the Bucks leave the state on their watch. Unfortunately, that means that taxpayers are likely on the hook for some part of the new arena.

First, the construction of the arena should not be subject to prevailing wage. If the billionaire Bucks owners were paying for this themselves – like the owners of the NBA’s Golden State Warriors are – prevailing wage would not be a factor.

The left (and some of our good friends on the right) will argue that without the archaic law in place construction workers would earn poverty-level wages and the quality would be so low that the building would likely collapse in the middle of Bango the Buck’s halftime show.

The union-backed Wisconsin Jobs Now is already emailing their members in an effort to guarantee artificially inflated wages for workers building and working at the new arena.

The email called on recipients to call their legislators and tell them to “say no to a Bucks arena deal with no guarantee for living wage jobs for MKE.”

I guess the price tag of the new arena isn’t quite high enough for Jobs Now. Instead of mandating above-market wages that will only raise expenses for others, maybe legislators should focus on bringing down costs for taxpayers – which will benefit everyone.

In addition, a back-of-the-envelope calculation based on the Wisconsin Taxpayers Alliance study on prevailing wage shows taxpayers could save $56.5 million if the arena were exempt. For those of you following along at home, that is a little more than the initial amount state taxpayers would have to cover.

Even without prevailing wage, the fine folks at Milwaukee City Hall could decide that a part of the deal requires certain companies and workers be hired to build the arena. For instance, maybe they only want union workers to be allowed on the job.

That doesn’t seem fair to the vast majority of construction workers in our state that are non-union. Maybe legislators should prohibit any agreement like this that would only serve to harm taxpayers and workers.

By keeping project labor agreements off the table, taxpayers may once again see some definitive savings.

Lastly, we should come back to the idea of naming rights for the arena. All along, the argument has been that taxpayers are getting out of the arena business and that is why naming rights were not on the table. Instead of having the state cover maintenance costs – like it has in the past for the Bradley Center – arena supporters say naming rights would help cover those costs.

There is a flaw in this line of reasoning, though. Shouldn’t the Bucks have plenty of revenue from their home games, plus any other events that occur at the arena – Marquette Basketball, Milwaukee Admirals, concerts, etc. – to cover the maintenance costs?

Naming rights could go a long way to helping pay for the arena. In fact, the Minnesota Vikings just announced that U.S. Bank would pay them $220 million over the next 25 years to be the sponsor of their new stadium opening in 2016 – averaging $8.8 million a year.

Over in the NBA, the Sacramento Kings just announced a naming rights deal for their new arena that will garner $120 million over 20 years – or about $6 million a year.

Let’s say the Bucks only get $5 million a year for 20 years – likely a conservative estimate – that $100 million could cover the cost of the county’s bonding and have some money left over.

So, before everyone signs onto the current “cheaper to keep them” deal, legislators need to find a way to make this the best deal for taxpayers. In our eyes, any dollar of taxpayer money going to fund a private sports team’s arena is a bad idea.

But, as we point out, there may still be time to make this bad deal less bad.

Nick Novak is Director of Communications at The John K. MacIver Institute for Public Policy.