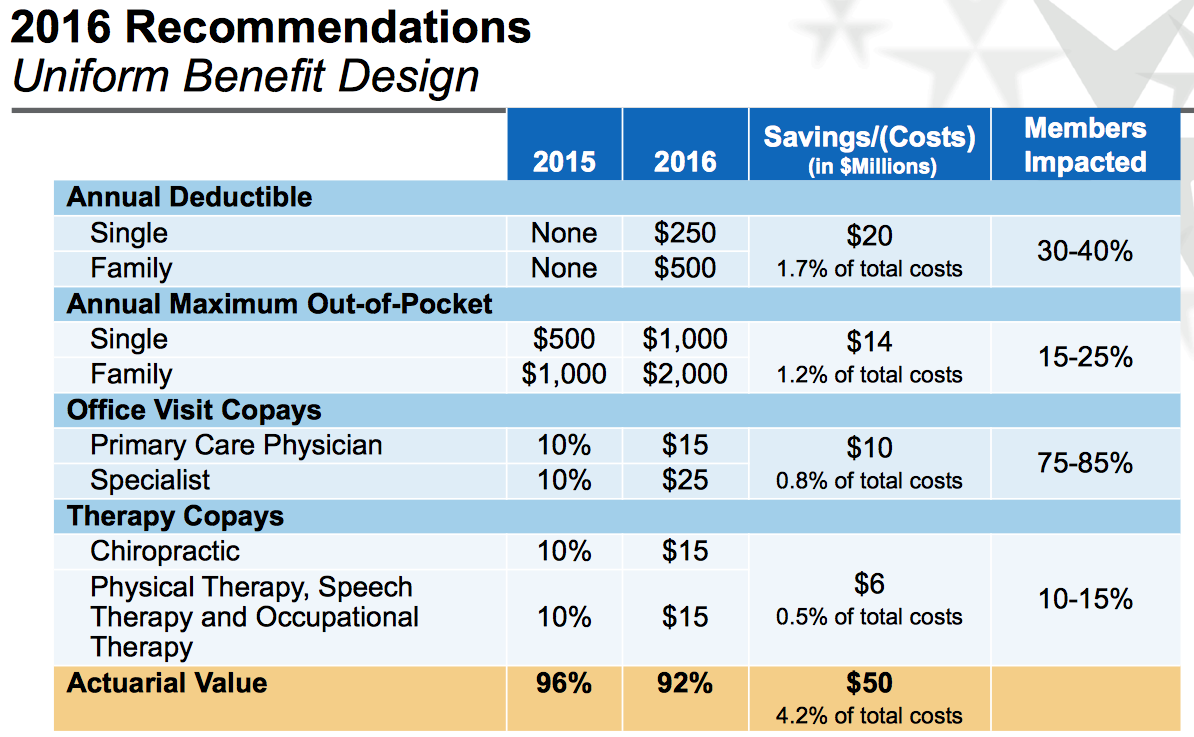 [Madison, Wisc…] A hidden provision of Obamacare is forcing the Wisconsin Department of Employee Trust Funds to make some big changes to state employee health insurance benefits starting in 2016.

The federal law will hit employers who offer high-priced health plans with a 40 percent “Cadillac tax” starting in 2018. In order to avoid that, ETF is switching to higher deductible plans and is doubling out-of-pocket costs. The Cadillac tax kicks in when individual health plans exceed $10,200 for individuals and $27,500 for families, and is applied to every dollar above those thresholds. Current plans for state employees would be considered “Cadillac” plans.

At its May 19th meeting, the Group Insurance Board (GIB) in ETF agreed to make changes to the Coinsurance Uniform Benefits Plan, the Standard Plan, and the High Deductible Health Plan and Health Savings Account.

The vast majority of state employees are enrolled in the Coinsurance Plan. Under that plan, they currently do not pay anything for their annual deductibles. That will change to $250 for singles and $500 for families in 2016. The Out-of-pocket limits would go from $500 to $1000 for singles and from $1000 to $2000 for families. Routine preventive health services will not require a copay or deductible. These changes would affect both active and retired beneficiaries.

“With the 40% Excise Tax looming in 2018, savings achieved in 2016 and 2017 will minimize the changes that may be necessary in 2018,” a report in the GIB’s May 19th agenda reads.
Forbes magazine reports the goal is to create more equality among health plans across the country.

The International Foundation of Employee Benefit Plans ran a survey and found that 62 percent of companies facing the Cadillac Tax are already making changes to avoid it.

These changes will save the state $80 million dollars over the next two years. That’s already been factored into the state budget bill, which is currently making its way through the legislative process.

In addition to raising costs to avoid federal backlash, the budget bill also includes a provision to hopefully encourage employees to opt out of coverage all together. It would provide individuals with a one-time $2,000 opt out incentive payment.

The changes the GIB voted on were based on recommendations made by Segal Consulting.