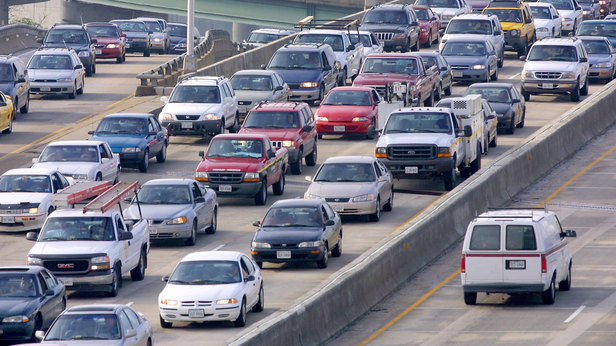 Summer is here, and that means America is hitting the roads for family road-trips, driving into town for big concerts or just letting the top down for a joy ride. Meanwhile, Congress and state legislatures across the nation can’t figure out how to sustainably fund their transportation budgets to keep those roads serviceable.

In my home state of Wisconsin, transportation funding has put the entire state budget on hold as politicians bicker over the right amount of borrowing for key highway projects. In Michigan, a Gov. Snyder-backed referendum to raise $2 billion for roads by increasing the sales tax was soundly rejected in May.

In Washington, Ways and Means Committee Chairman Paul Ryan (R-WI) held a hearing on long-term transportation finance after Congress recently extended current funding levels for transportation projects until July 31. The short-term fix marked the 33rd time since 2008 that Congress has temporarily extended transportation funding. If they can’t come up with a long-term solution before August, there will be a 34th time.

So what’s wrong with transportation funding in America? Don’t all sides of the aisle agree that infrastructure investment is a worthy use of taxpayer dollars? In general, yes, but there are a few things standing in the way of truly efficient transportation spending.

In Washington and in most states, the dedicated pots of money for transportation derive most of their revenue from fuel consumption taxes. As cars and trucks become lighter and more fuel-efficient, however, demand for gasoline and diesel has declined. This means that revenues have either flat-lined or fallen. A Governing analysis of federal and state transportation revenue tells this story best.

The federal Highway Trust Fund brought in 20 percent less in 2013 than it did in 1993, inflation adjusted. Similarly, a 48-state aggregate of transportation revenue shows a slight inflation-adjusted decline over the last 15 years.