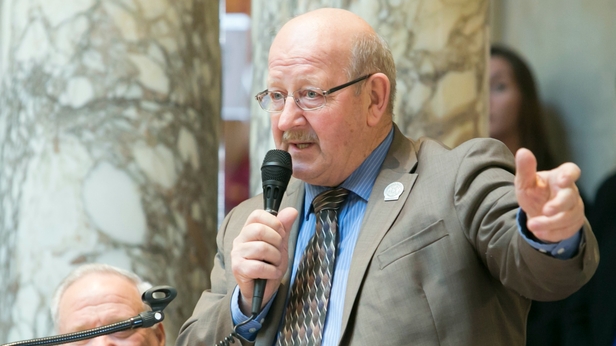 With the onset of spring comes the renewal of the land. Those of us who are in farming are heading back out into the fields, and doing what we can to promote new growth. We in the legislature are interested in promoting new growth as well, and that is why I support reforming Wisconsin’s outdated prevailing wage law.

In the private sector, if a business or individual launches a building project, they will shop around for the best price. A wise buyer who takes control of his decision making will end up satisfied with the price and quality of his project.

Unfortunately, Wisconsin’s prevailing wage law inhibits governments from obtaining the best price. School districts, villages and towns are all bound to pay contractors an average cost. This average is determined by the Department of Workforce Development, and is derived from responses to surveys that are mailed to contractors annually.

The problem is, fewer than 10 percent of contractors reply to this survey, and many that do are on the higher end of the wage scale. What does this mean? Your school district, village or town is spending more of your tax dollars than it needs to on public-works projects.

In fact, according to a recent study, governments can pay between 10 percent and 30 percent more than market value on these projects. This cost taxpayers nearly $300 million in extra building costs in 2014 according to the non-partisan Wisconsin Taxpayers Alliance. Now is the time to make a change.

When Wisconsin first adopted the prevailing wage laws more than 80 years ago, it was to protect Wisconsin’s skilled workers from competition from migrant workers who were being forced by the Depression to relocate from other states. In the absence of such labor pressure, the law today only ensures that our local governments spend more of your money than necessary.

As a town chairman and as a Wisconsin Representative, I know the value of infrastructure and of having a quality workforce. Both have their costs, but maintaining them is a crucial undertaking. I believe that wages dictated by the market should remain fair for those who work in the trades, but it’s not right to ask for more taxpayer money so the government can pay unnecessarily high-priced contracts because of an obsolete law.

That is why I and many of my rural colleagues are co-sponsoring AB 32, which reforms Wisconsin’s prevailing wage law, and evens the playing field for our school districts, villages and towns.

A version of this column first appeared in Agri-View, a leading agricultural newspaper in Wisconsin.