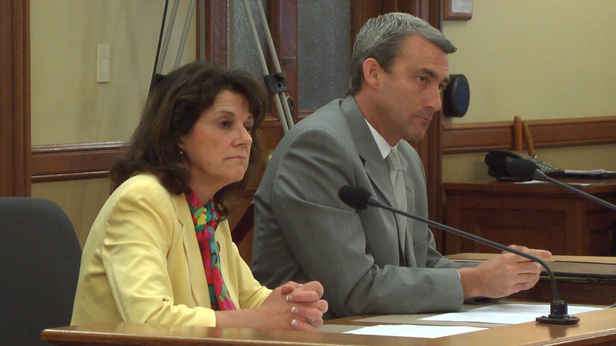 [Madison, Wisc…] The Senate Committee on Labor spent all day Tuesday hearing testimony on a bill that would repeal the state’s prevailing wage law.

“Prevailing wage is an artificial market rate set by the government that contractors are required to pay their workers when bidding on publicly funded construction projects,” explained Rep. Rob Hutton (R-Brookfield), who is sponsoring the bill in the Assembly.

Sen. Leah Vukmir (R-Wauwautosa) is sponsoring the bill in the Senate. She is also a member of the Joint Committee on Finance, which is currently addressing funding challenges for the next state budget.

“Through the prevailing wage laws, we are dramatically increasing the cost of government construction projects all across the state,” Vukmir said. “This is why we must repeal – repeal prevailing wage. How in good conscience can we ask local officials to do more with less while simultaneously requiring them to pay outrageously inflated construction costs?”

Business owners, experts, lobbyists and workers testified from 8:45 a.m. to 4:45 p.m. The speakers were fairly evenly split between those for and those against the bill.

James Hoffman, of Hoffman Construction, spoke against the bill and argued, “without a prevailing wage there would be a push to take money out of the wage, out of the training, and out of the healthcare and pension.”

Many opponents like Hoffman claim that this reduction in wages and other benefits would lead to lower skilled workers being employed for public projects. However, proponents of the law’s repeal see it differently.

“One of the things I hear is that if you pay a prevailing wage, you get quality work. There’s nothing in the prevailing wage, when you get your spec book that says this guy has to be qualified,” testified Chris Nelson, a business owner in Balsam Lake.

Afterwards, Nelson told MacIver News about a project in Polk County at the government center that was done by a Minnesota company, because none of the local contractors had the specialized administrative staff to sift through the bureaucratic red tape created by the prevailing wage law.

“Not one local guy got any work out of the project, and it all came from Minneapolis that came to do the project. And all the money left our community,” he said.

The Committee, itself, is leaning against approving the bill. Those in favor of it are Sen. Steve Nass (R-Whitewater), who chairs the labor committee, and Sen. Van Wanggaard (R-Racine). Against it are Sen. Robert Wirch (D-Kenosha), Sen. Chris Larson (D-Milwaukee), and Sen. Howard Marklein (R-Spring Green).

Marklein announced last week he would not vote for the bill, but Nass decided to hold the hearing anyway. Marklein was not present for most of the public hearing, because he is also a member of the Joint Committee on Finance, which was also meeting all day.

The committee is currently scheduled to vote on the bill at an executive session on Thursday.