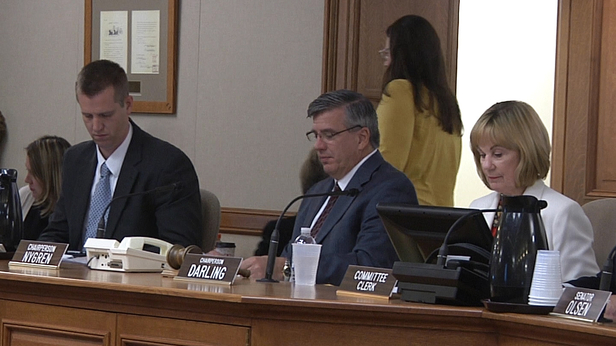 [Madison, Wisc…] The Joint Committee on Finance (JFC) is expected to wrap up its debate on the state budget this week, but it still has multiple major – and likely controversial – items left to vote on.

From the Department of Transportation to the University of Wisconsin System and the state’s stewardship program to long-term care, it will be a very busy week covering a lot of ground – and a lot of information.

To simplify matters a bit, we at the MacIver Institute have broken down some of the much-needed information into easy-to-understand charts and graphs. So, before you turn to the MacIver Twitter account for instant analysis of JFC’s proposals this week, check out the information you need to know below:

Over the past few years, the UW System has seen declining enrollment. In fact, since fiscal year 2011 (FY11) enrollment has decreased by 2.1 percent. However, that has not stopped UW from hiring more people. Employment has jumped 5.9 percent.

If enrollment is decreasing, why is UW spending taxpayer funds to hire more faculty and staff?

Officials at the UW campuses continue to claim the cut would be devastating. However, the small decreases in funding are easily manageable since they make up a minute portion of the total budget at each campus.

UW Colleges alone said it would be able to sustain the cuts by reorganizing administrative staff which would have little to no impact on the classroom – you know, the reason kids actually attend college.

Speaking of UW Colleges, without the online portion, enrollment has been dropping there, too.

Another question surrounding the UW Colleges is the role they play in Wisconsin. The state is also home to a broad network of technical colleges – which coincidentally are very near to the UW Colleges.

Is it time we combine these efforts to save taxpayers money?

For years, this department has been spending the taxpayers’ money – and borrowed money – on projects that may not be necessary. To be clear, infrastructure in our state is very important and helps foster a growing economy. But, do we really need brand new roundabouts in every little town across the state? And do we really need to bypass Baraboo for a route that very few people take to the Wisconsin Dells?

Instead of asking how the state can get more revenue for DOT, maybe legislators should begin asking what spending is really necessary – especially if the money is being borrowed.

Luckily, Gov. Scott Walker did reduce overall bonding in this budget. Will the legislature make it even lower?

The governor’s budget finally freezes this program. If only the program could go away entirely. Wisconsin’s stewardship program essentially uses bonding to purchase land all around the state. It has purchased so much land that debt service at the DNR to pay back the loans makes up 70 percent of its budget.

This program borrows money Wisconsin doesn’t have to buy land it doesn’t need. It might be time bury this program six feet under some of the ground the state owns.

One of the main reasons Wisconsin is in a tough budget situation is because the exploding costs of Medicaid. Most of the new money flowing from taxpayers’ pockets to the state coffers will be spent on health care programs for the poor and elderly.

These costs are just going to keep going up unless something is done. Case in point, Medicaid has slowly increased its enrollment, but the costs are far outpacing it.

A major reason for the dramatic increase in costs is long term care. Enrollment in programs like FamilyCare and IRIS have been the driving factor.

These items and more will keep JFC very busy this week. One item that is not scheduled to be on the committee’s docket is a repeal of the state’s prevailing wage law, which costs taxpayers up to $300 million a year. After legislation was seemingly dead, new rumors at the State Capitol say it could be added to the budget. This would be a huge win for taxpayers if it actually happens.

Just ask the people of Grafton how they feel about the law.

To catch all the breaking news and comprehensive analysis, follow us on Twitter and like us on Facebook. The committee is expected to take up the final portions of the budget on Wednesday and Friday.