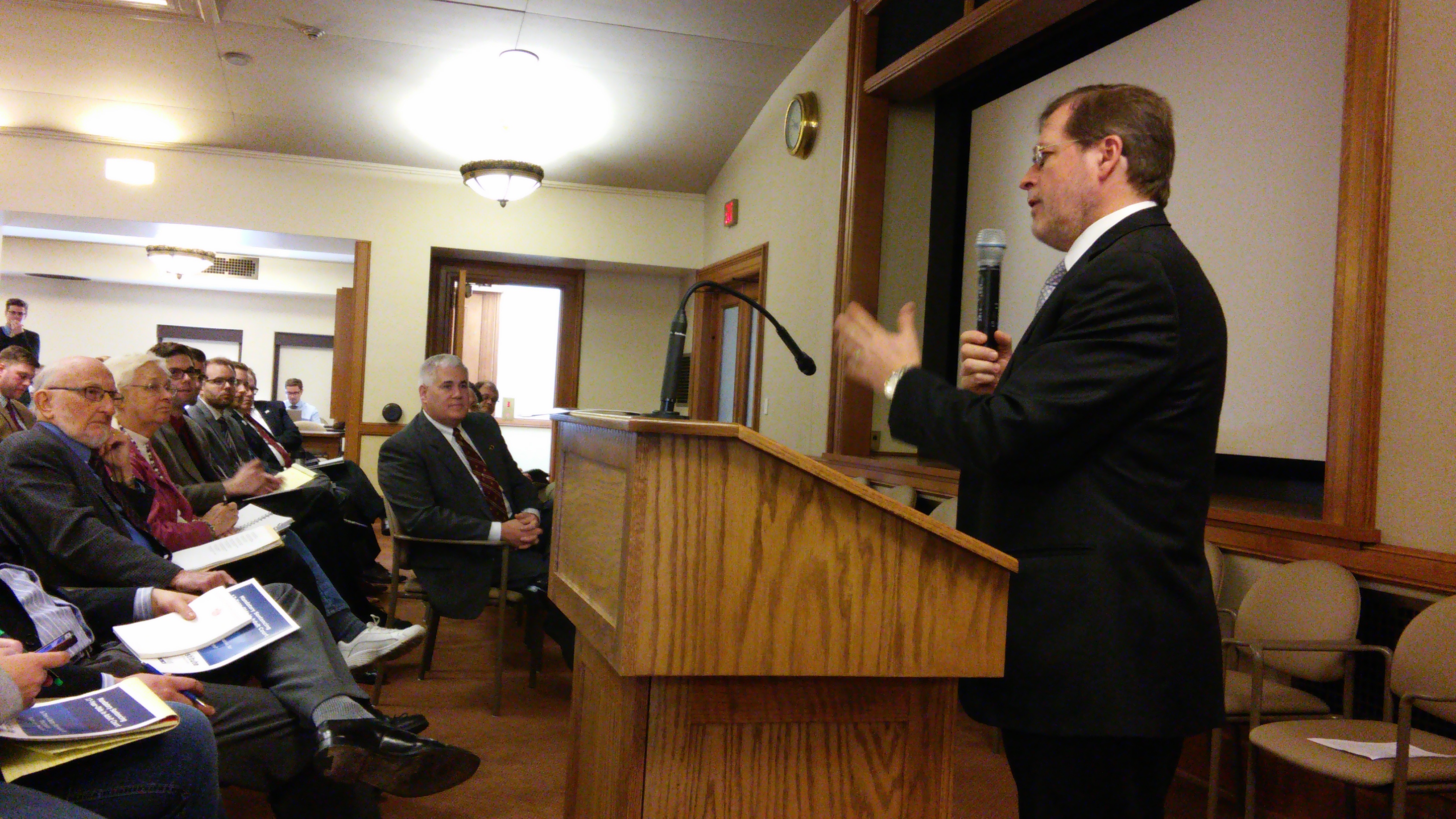 I’m a conservative activist who thinks that we should execute murderers and in the case of violent criminals we should throw away the key. One thinks that goes without saying, but it’s better to let folks know where I’m coming from.

On the other hand, my life’s work has been about maximizing individual liberty. How should liberty-minded folks look at the criminal justice system, and how should we treat all the rest of the criminals who will come back to society sooner or later?

Draconian punishments for minor infractions, an ever-expanding prisoner population and a legal regime that allows authorities to seize property without a warrant are all slowly eroding the freedoms that the nation has come to expect. For years, lawmakers have focused almost exclusively on being “tough on crime,” all the while forgetting to get “smart on crime.”

Even as crime rates across the country continue to fall, American prison populations have increased to levels not seen in any other developed country. Between 2000 and 2012 the national prison population shot up from 1.4 million to 1.6 million according to the Bureau of Justice Statistics. Of that number, 16% were incarcerated for non-violent drug-related charges.

Simply spending more money on prisons or locking more people up is not being “tough on crime.” It’s time to see our justice system for what it really is: a massive government expenditure that should be held accountable for the results it produces.

And if you think the police state is only concerned with landing people in prisons, you are mistaken. Uncle Sam has the power to confiscate your property without so much as a warrant, let alone a court conviction. And it is quite the revenue stream: Between state and local governments alone the amount of money confiscated has ballooned from $407 million in 2001 to $4.3 billion in 2012

Already states like Texas have taken steps to change their sentencing and incarceration practices to reduce prison populations, recidivism rates and crime rates. Reforms passed in 2007 have allowed Texas to reduce the amount of people in its jails, save upwards of $2 billion in construction costs, and decrease the crime rate to the lowest levels since 1968.

The New Mexico legislature, meanwhile, has unanimously passed a civil asset forfeiture bill that would create powerful protections for the state’s citizens.

Wisconsin is now entering the debate. This is not some ungainly compromise cobbled together in the mushy middle. Rather, a diverse collection of legislators and groups — urban, conservative, rural, liberal, progressive and free-market — are coming together to develop strategies based on facts, not slogans.

Thanks to the leadership of Rep. Rob Hutton (R-Brookfield), Sen. Lena Taylor (D-Milwaukee), Sen. Jerry Petrowski (R-Marathon), Rep. Evan Goyke (D-Milwaukee) and Rep. Mandela Barnes (D-Milwaukee), the Second Chance Legislation is now being debated in Wisconsin. The measure would make sure that 17-year-old first-time offenders charged with minor crimes are prosecuted in the juvenile system.

My support springs from a fundamental belief that government programs should be evaluated on outputs. If we measure inputs we are thinking like 1980s liberals who measure welfare success by the budget of the program. The outputs of prosecuting adolescents as adults are notoriously bad. Repeated studies have found that adult prosecution makes a young person more likely to offend again and can turn non-violent offenders into violent ones.

If all Americans are to have faith in their system of justice, if our communities are to feel safe in the thought that the police are there only to serve and protect, if the rights of citizens are to be ensured then this mess has got to be cleaned up. Conservatives are finding strange bedfellows on the left fighting for criminal justice reform for a completely different set of reasons, and developing reforms based on facts, not slogans.

Taxpayers and our families deserve better.

A version of this column was originally published by the Milwaukee Journal Sentinel.