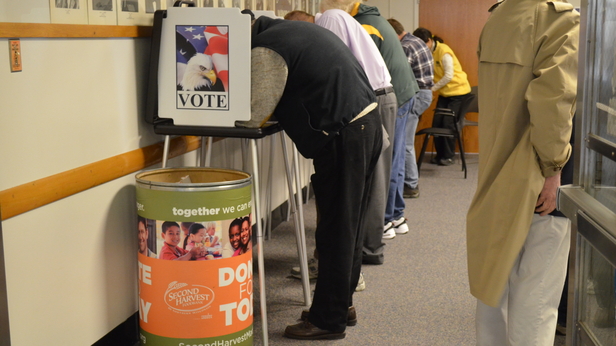 Hey, look, a popular law passed by the legislature is actually being allowed by the Supreme Court. If you had over three years on the over-under wager for the implementation of the voter identification law, you cleaned up Monday morning. The Court has finally let go of the issue and there is nowhere left for Wisconsin’s liberals to go. Somewhere former State Senator Joe Leibham is saying, “I told you so.”

My favorite reaction is from the League of Women Voters who, “will continue to battle back against this discriminatory law and to educate voters about the changes to the law.” Sorry, ladies. Voter ID is moving full steam ahead and there is no chance you will get the law repealed.

In a Marquette Law School poll last September, 63% of registered voters favored the voter ID law. That kind of approval rating is reserved for Aaron Rodgers or free pizza. The odds Republicans will suddenly change their minds are worse than a Corellian light freighter trying to navigate an asteroid field.

Democrats in the legislature will complain about the law but they are powerless to stop it. So if liberals can’t repeal the law, and the dearth of proper identification among certain populations in Wisconsin is as bad as they claim, what should they do about it? How about using the law to actually help people?

In our society today, it is nearly impossible to function without a photo ID. You can’t rent a car, book a hotel room or pick up a prescription without some sort of identification. Forget flying anywhere. Want to cash a check? Bring your ID. Pick N Save won’t sell you beer and the drug store won’t sell you Pseudoephedrine without one. Heck, you even need a photo ID to be a delegate to the Democratic National Convention (those racists!).

There is a provision in the law that allows people to get free photo identification cards. Heck, you don’t even need to pay for a birth certificate if you don’t have one. The state has a way around that requirement, too.

I’m told my fellow Wisconsinites like free stuff, so I will be shocked if there aren’t lines around the block at the Wisconsin DMV offices in Milwaukee. But if there aren’t, there should be.

Ari Berman in The Nation claims 300,000 Wisconsinites don’t have the proper identification needed to vote. That’s a lot of people who can’t even get a library card or buy cigarettes. Walmart is not letting them do layaway on an Xbox One. They’re not even able to get food assistance from the state.

Berman’s number is particularly astounding when you consider the state already issued 292,721 free voter IDs between July 2011 and August 2014, according to the Appleton Post Crescent. But let’s take Berman at his word that somehow 300,000 Wisconsinites are not able to rent a movie at Family Video, cash in their winnings at a casino, or even get married.

Now that liberal special interest groups no longer have to spend money on legal fees fighting the law, they can redirect their efforts to helping all of those people get photo IDs. They should be lining up the buses at Wisconsin DMV centers all across the state dropping off the tired, the poor, the huddled masses yearning for a free ID.

We know they have plenty of buses. The liberals use them at every election for early voting and for every protest at the Capitol. Some of them come from as far away as Illinois and Michigan, and still they come. Here’s a chance for liberals to use them for a good cause, for a change.

The liberals don’t even have to bring all of those people to Madison. There are 92 DMV service centers across the state and they all have plenty of parking.

So liberals, let’s get going. Let’s get all 300,000 people their photo IDs. While there is no rush – voter ID will not be required for the April elections – there are a lot of people out there who are going to need their ID to get Obamacare.