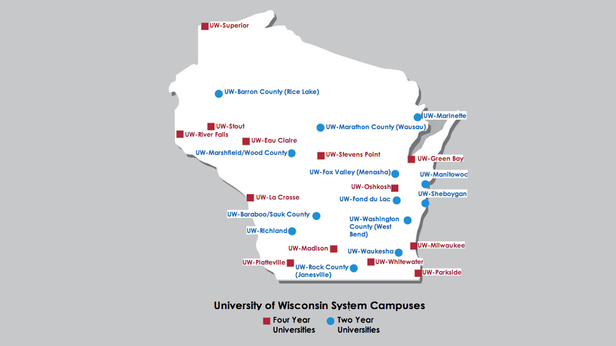 More than 80 Percent of the UW System Surplus is Unrestricted

[Madison, Wisc…] The University of Wisconsin System may face harsh questioning from legislators following the release of a report by the Legislative Audit Bureau (LAB), which shows the university system’s reserves grew at a very fast pace over the past decade.

Members of the Joint Committee on Finance (JFC) will be given that chance at the UW System’s budget briefing on Tuesday morning. Every state agency testifies in front of JFC at the beginning of the budget process to explain their requests.

The UW System is expected to brief JFC at a hearing on Tuesday beginning at 9am.

While it is expected that UW officials will fight back against a $150 million cut in each year of the budget, a review of LAB’s report and Legislative Fiscal Bureau (LFB) documents shows the UW System still maintains rather large Program Revenue (PR) balances.

During the budget debate two years ago, members of the CPA Caucus discovered the UW System had a balance of more than $1 billion. That so-called “slush fund” was made up of PR balances.

One year later, the UW System’s PR balance dropped only slightly from $1.27 billion to $1.19 billion. UW officials have claimed large portions of the balance are now earmarked for specific projects, so they claim it is technically not surplus.

Even with the sudden increase in PR balances – many of which were supposed to be spent down after the discovery of the slush fund in 2013 – UW officials continue to say the much of the funds are restricted.

According to the LAB audit, that may not be the case. In fact, the audit reports that of the $1.2 billion in PR balances, “$973.3 million was from funding sources that do not have a restriction on their use, such as tuition and federal indirect cost reimbursement.”

The report also points out some of the fund balance may be incorrectly categorized.

In addition to sizable PR balances, the LAB audit and Fiscal Bureau papers revealed multiple areas where UW may be spending more money than it should.

Every campus in the system currently can offer tuition assistance in the form of remission to students based on a variety of categories – needy and worthy based on merit; extraordinary circumstances; athletic scholarships; veterans; among others. The amount is capped each year. The cap totaled $53 million in 2013-14.

However, three campuses – Madison, Milwaukee and Whitewater – exceeded the cap by a total of $25 million. Nearly $21 million of that total was at UW-Madison.

As the budget process continues, the MacIver Institute will continue to comb through agency budgets to find efficiencies and ensure every taxpayer dollar is being spent wisely.

*Correction: An earlier version of this article claimed the PR balance increased since the discovery of excess UW funds, which is inaccurate. It did increase from 2011-12 to 2013-14 as stated in the original article, however the funds were discovered in 2012-13. The correction has been made in the above version.