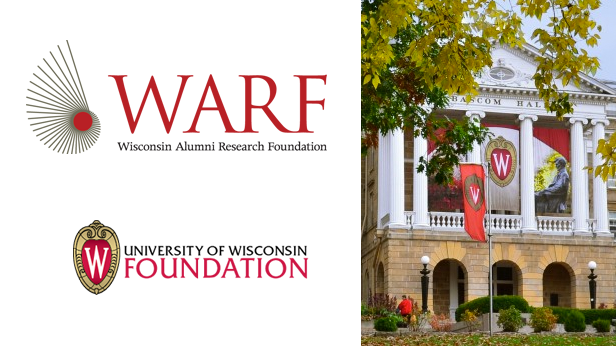 [Madison, Wisc…] The Wisconsin Alumni Research Foundation (WARF) and the University of Wisconsin Foundation (UWF) – two non-profits born from UW-Madison and created specifically to help UW-Madison be successful – have more than $6 billion in assets, but contributed less than five percent of that amount back to the college in fiscal year 2014 (FY14).

The MacIver Institute conducted an investigation into the two foundations in the wake of the ongoing budget fight over funding for the UW System, which is expected to see a $150 million annual reduction. Both organizations are non-profit foundations that are separate entities of UW-Madison but central to the university’s mission.

UWF is “the official fundraising and gift-receiving organization” for UW-Madison, while WARF has a much more pointed objective.

According to its website, WARF exists to “promote, encourage and aid scientific investigation and research at the University of Wisconsin-Madison and the Morgridge Institute for Research.” They do this by commercializing technologies discovered at UW-Madison. WARF obtains patents for ground-breaking research and invests the proceeds of these commercialization efforts to grow its endowment.

Some legislators have taken a keen interest in WARF’s endowment. During a recent budget hearing, Rep. Dale Kooyenga (R-Brookfield) asked UW System President Ray Cross why it is necessary to have a separate entity for research investment.

The reason why Kooyenga’s question should not be ignored is because WARF has startlingly high assets for the relatively small amount it gives back to UW-Madison, a publicly-funded university. This is an important point because taxpayers fund a large portion of the university’s budget, but taxpayers only see a small return on their investment from the profits gained as discoveries made at UW-Madison head to market and new businesses are started with the help of WARF.

MacIver’s analysis found that WARF’s total assets grew from $2.66 billion in FY13 to $3.22 billion in FY14, an increase of 21 percent. The foundation’s endowment alone has grown from less than $1.5 billion in 2000 to more than $2.6 billion today. Approximately 80 percent of the endowment assets are unrestricted according to WARF’s website.

Even with billions in assets, each organization donated only a small amount of it back to the university.

The grant from UWF to UW-Madison kept a similar pace with its asset growth. It increased its overall annual grant from $213.70 million in FY13 to $236.85 million in FY14 – an increase of 11 percent.

Both foundations had surplus revenues last year in excess of $100 million, as well. UWF’s revenues less expenses was equal to $101.26 million, while WARF’s surplus was $192.11 million – for a total of $293.37 million. Ironically, that is relatively close to the $300 million cut over two years that Gov. Walker proposed for the UW System in exchange for greater autonomy.

This is not the first time large surpluses have been discovered at UW. During the 2013-15 budget debate, legislators found that the UW System had more than $1 billion in virtually hidden reserves. The so-called slush fund still has a balance $1.19 billion.

As UW-Madison is facing budget cuts, not only could it look to its own reserves, but WARF and UWF should not be overlooked as an additional source of revenue either.

Gov. Scott Walker’s budget would reduce UW-Madison’s budget by $57.66 million a year, according to a memo from the Legislative Fiscal Bureau (LFB) – one fifth of the surplus carried by WARF and UWF in FY14.

UW-Madison is similar to many of its Big Ten counterparts when it comes to having a non-profit organization fundraise for the campus. However, UWF does have more assets than foundations in other states.

While UWF has more assets and revenue than foundations at other state schools, the percentage it gives back in a grant to UW-Madison is in the middle of the five schools examined by MacIver.

Organizations like WARF are not as common among public universities. Research foundations at schools like the University of Iowa, Indiana University, the University of Tennessee and Clemson University provide similar services to WARF, but all have less than $70 million in assets.

Purdue University and Michigan State University also have WARF-like organizations, and their assets are somewhat closer to the amount held by the Wisconsin foundation.

UW-Madison’s WARF is still about three times the size of Purdue’s research foundation, though. The Purdue Research Foundation has just over $1 billion in assets compared to WARF’s $3.22 billion.

The large difference in assets would lead a typical observer to assume WARF contributes a much higher amount to UW-Madison than the other foundations do to their respective universities. However, MacIver compared the amount WARF grants back to UW-Madison to the research foundations at Purdue and Michigan State and discovered the difference was not that great.

As the budget process continues, legislators and other policy makers should be wary of claims that UW-Madison will not be able to survive Walker’s proposed cuts.

The two foundations with missions to help support the university have more than $6 billion in assets and realized hundreds of millions of dollars in operating surpluses last year alone. Instead of looking to taxpayers for more and more funding, perhaps it is time for UW-Madison to look in its own backyard.

The full financial data for WARF and UWF is available below.

The University of Wisconsin Foundation, Form 990: