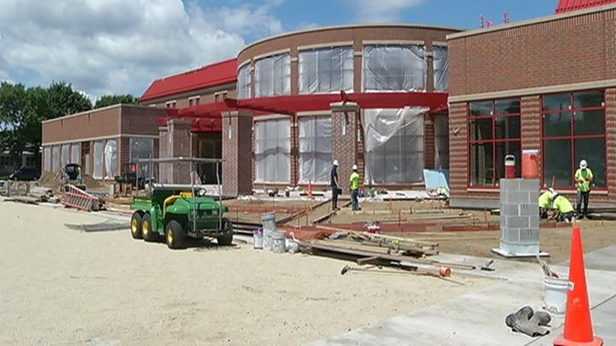 [Madison, Wisc…] Wisconsin’s state and local governments could have saved $300 million on vertical construction projects alone in 2014 had it not been for the state’s prevailing wage law, according to a new study from Wisconsin Taxpayer Alliance (WISTAX).

In the study, “Evaluating Wisconsin’s Approach to Determining Prevailing Wages,” the authors critique the law’s narrow methodology in calculating prevailing wages and the inability of prevailing wage rates to mirror industry wage trends or regional disparities. Prevailing wage rates are overestimated by 23 percent compared to Bureau of Labor Statistics (BLS) wage data for the same Wisconsin workers. When worker benefits are added in, taxpayers are paying for labor costs that are inflated by 45 percent.

WISTAX’s cost impact analysis comes from $1.9 billion in building and heavy construction projects statewide in 2014 where prevailing wage applied. Labor costs (wages and benefits) are estimated to be 20-30 percent of total project costs. Again using BLS wage data for comparison, a 45 percent labor cost overestimation means that potential savings could have been anywhere from $200 million to $300 million.

The Department of Workforce Development calculates prevailing wages based on annual surveys of the state’s construction contractors. WISTAX discovered that only 10 percent of surveys are completed correctly and returned, and the majority of those returns are from union shops whose wages are typically higher than non-union shops.

Wage rates are inflated even more by the fact that wage calculations are based on the average of the higher rates reported from the survey while leaving out lower ones.

The report also demonstrates how prevailing wages unfairly discriminate against poorer counties in Wisconsin by incorrectly accounting for regional market differences. For example, the prevailing wage for roofers in rural Washburn County is actually higher than in urban Waukesha County, even though average weekly wages in Waukesha County are double those in Washburn County. This means that poorer Washburn County taxpayers are wrongly charged more to pay higher labor costs than would otherwise be paid for similar projects.

WISTAX’s report confirms the inaccurate methods and costly effects of Wisconsin’s prevailing wage law. Not only is prevailing wage ineffective in correctly assigning wage rates, it can also be harmful to market competition by undercutting smaller contractors who may be willing to undertake public projects for lower costs instead of artificially inflated wages.

Last November, voters in Wisconsin’s local school districts approved $470 million in additional taxes to go towards various capital improvements. Prevailing wages could be an important cost-driver for these school districts, and for property taxpayers.

How does prevailing wage affect each Wisconsin county? Check out Gannett Wisconsin’s graphic below: