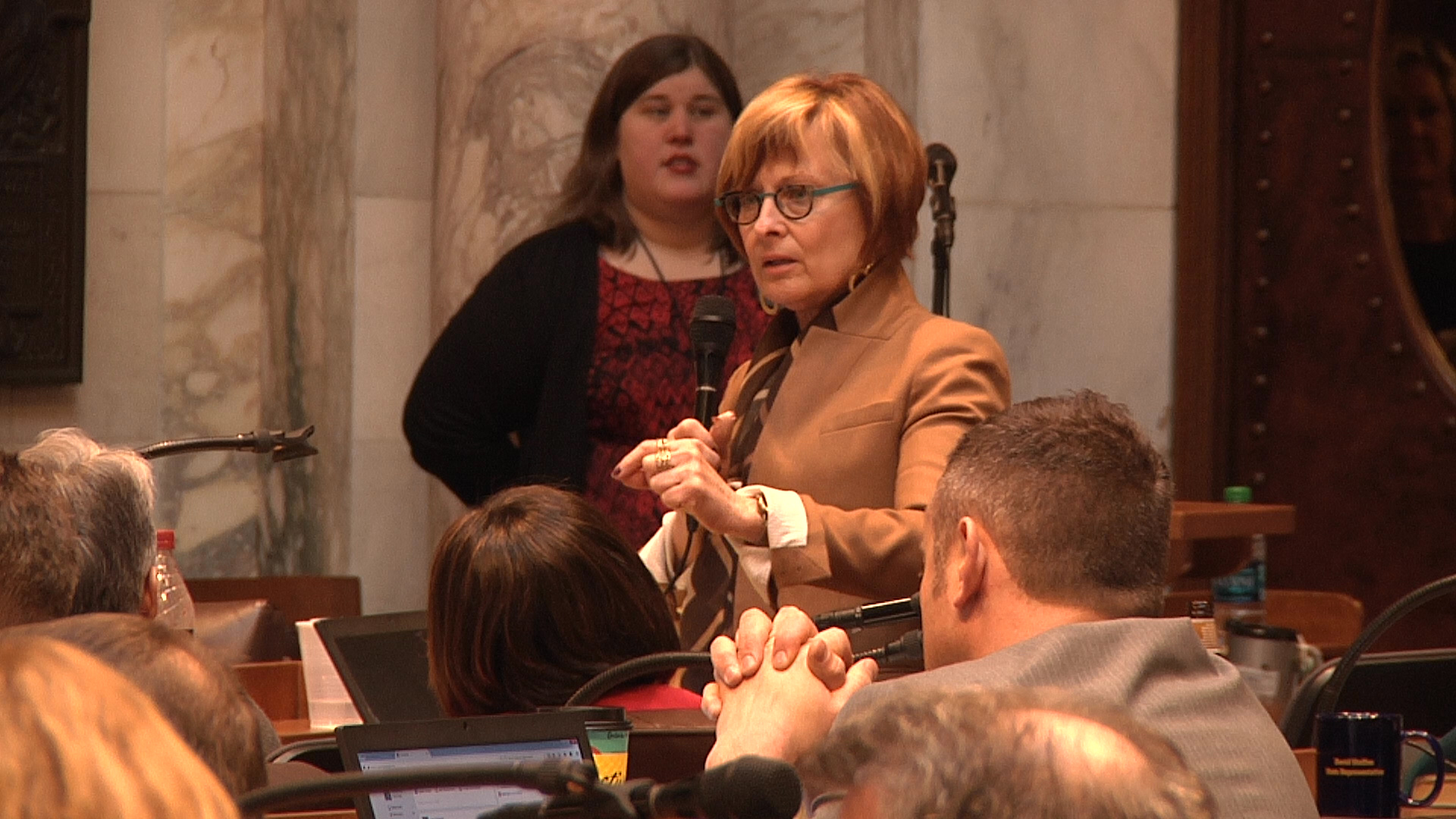 [Madison, Wisc…] State Rep. Terese Bereau (D-Madison) offered very candid remarks about the state budget on Wednesday to a group of UW-Madison professors when she said there was “a very big and different philosophical divide” over teacher tenure and merit review at the State Capitol.

Berceau’s comments came at a forum about the University of Wisconsin budget hosted by the UW-Madison organization called PROFS, a group that lobbies on behalf of the university’s faculty.

The Madison representative called on her 14 years of experience at UW-Madison as academic staff to discuss the need for professors to become political in today’s structure between government and the university.

“One of the difficulties always was that professors did feel that they didn’t want to be involved in politics, and now your really thrown into it, into the deep end of the pool,” Berceau said at the event. “But I encourage you, if you know people throughout the state and other campuses, to really be talking in their communities.”

The governor’s proposed budget would cut funding to the UW System by $300 million over the biennium, but would grant the system greater flexibility by splitting it off from state government into its own public authority.

Berceau worries the plan – and overall climate in the capitol – could lead to professors losing the ability to get tenure, which essentially guarantees an individual cannot be fired. According to the university’s website, “a tenure appointment is an appointment for an unlimited period of time, granted to a ranked faculty member by the Board of Regents…Once granted tenure, a faculty member may be dismissed only by the Board, and only for just cause, after due notice and hearing.”

“One of the things that we think is definitely on the horizon, if it doesn’t happen in this budget might happen later, is the loss of tenure,” Berceau told the group.

It is a “philosophical divide” at the Capitol that she claims could lead to the elimination of tenure.

“What I want to bring up and I think needs to be discussed amongst faculty is the fact that there is a sentiment in the capitol, that started first with our teachers in K-12, which is that you don’t, that you shouldn’t be guaranteed job security because everybody should be basically judged on merit when we are talking about grading our schools, K-12 schools, getting rid of security for teachers,” she continued. “It extends to the university and it is a part of the, you know, you should be judged periodically on your merit.”

Berceau seemed to assert that one side thinks professors should be judged on merit, while the other side supports tenure.

“We are dealing with a very different attitude toward, than we have ever dealt with before, that we knew existed before, I guess and it’s very real and [Republicans] are in power and I do think there is a very big and different philosophical divide here that we have to understand and not just think we are just going to get through this budget and it is all going to go away,” Berceau said.

The state representative explained the philosophical divide by highlighting a conversation she had with Assembly Speaker Robin Vos (R-Rochester) about the Wisconsin Idea.

“Robin Vos told me that he talked about the Wisconsin Idea. He said ‘you tell me what’s wrong with reviewing the mission statement every now and then’,” she said.

Berceau’s comments came a day before the last public hearing on the 2015-17 budget. The Joint Committee on Finance is expected to begin voting on individual budget items, including the UW System, in early April.