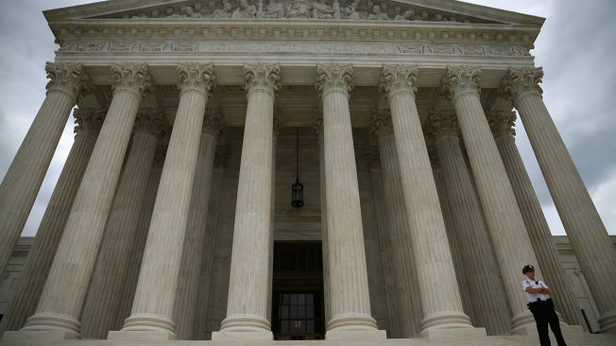 The week Wisconsin passed the right-to-work bill, Democrats were already busy on another front. Lost in the hoopla (that’s a technical term for distractions), Democratic State Senator Kathleen Vinehout and Democratic State Representative Melissa Sargent introduced a bill to create a state health care exchange rather than continue to rely upon the federal health care exchange.

By not setting up our own exchange, Wisconsin avoided the problems other states had in setting up their exchanges and then trying to link those websites to the federal healthcare exchange website. Oregon finally gave up last August after spending $248 million, scrapping their website and directing people in search of insurance coverage to the federal exchange.

So why would Vinehout and Sargent want the state to go through the trouble? After all, Wisconsin has successfully used the federal exchange so there is no “coverage gap” according to the Kaiser Foundation, the only state that refused Medicaid expansion under Obamacare to accomplish this.

However, a case before the United States Supreme Court, King v. Burwell, could end the subsidies to those receiving insurance through the federal exchanges. The law, as written, only provides for federal subsidies to flow through the state exchanges.

Supporters of Obamacare claim that it’s just a drafting error, that the law was always intended to provide subsidies even through the federal exchange. Their claim has been more difficult to sustain with the revelations of statements by an Obamacare “architect” Jonathan Gruber. Gruber told audiences that the exclusion of those states that did not create their own exchanges was actually a feature, not a bug, of Obamacare.

Without the subsidies, the insurance plans on the federal health care exchange will be become prohibitively expensive for many purchasers, especially given the extensive federal mandates for plans to “qualify” under Obamacare. Without people buying their plans on the exchanges, the whole Obamacare system becomes unsustainable. But without the subsidies, thousands of Wisconsinites who had relied upon them will also find their insurance suddenly unaffordable.

If King v. Burwell does go against the Obama Administration’s current interpretation of the federal subsidies in the Obamacare law, there will be immediate pressure on the governors in the 36 states that did not set up exchanges to change their minds. Senator Ben Sasse wrote in an op-ed for the Wall Street Journal the type of pressure Walker and other governors will be under:

“When Team Obama then turns its guns on the holdout states and their 37 governors, the political pressure to adopt ObamaCare will be crippling. I fear that most governors will fold. We’ve already seen some Republican governors finesse their principles to expand Medicaid and secure extra money. The new pressure will be even more acute.

“If governors cave, ObamaCare is never going away. ObamaCare’s command-and-control regime will reduce families’ choices, thwart innovation and chart a path of European-style debt and rationed access to health care.”

But even if Wisconsin wanted to create its own health care exchange, the state will not be able to create one in time to keep the subsidies flowing. The cost of setting up an exchange is also prohibitive given the tight state budget.

There will be also renewed pressure on Governor Walker to agree to an immediate expansion of Medicaid eligibility to 138% of the federal poverty line. However, the math remains the same. If the state expands Medicaid eligibility it will still cost Wisconsin taxpayers in the long term. For all of the rhetoric, there is still no such thing as free money. Wisconsin taxpayers will still be responsible for the Wisconsin match to the federal funds, as well as the federal funding through higher taxes or increased borrowing. The matching federal-state ratio only promises to get worse as federal budget pressures grow.

Governor Walker has so far rejected the idea of a state fix to the subsidy problem, and his administration has pointed at congress and the White House to fix it. In this, he may be supported by public opinion. A Wall Street Journal/NBC poll at the end of February found 54% of voters want Congress to act if the subsidies are eliminated.

The plans being floated at the congressional level involve keeping the subsidies flowing in one form or another, if only temporarily. Sasse has proposed modifying the Cobra law.

“Cobra offers workers who have lost their jobs the option to keep their health coverage for 18 months–so Congress should offer individuals losing insurance the ability to keep the coverage they picked, with financial assistance, for 18 transitional months.

“This would simultaneously avert the full-scale implementation of ObamaCare in these 37 suddenly desperate states. It would also help protect suffering patients entangled in the court’s decision to strike down illegal subsidy payments.”

Congressman Paul Ryan, along with Congressmen John Kline and Fred Upton, want to pass an “off ramp” for Obamacare. Along with an “advanceable” and “refundable” tax credit that would help pay for insurance coverage, the plan would also use free market reforms to lower costs. They would cut the heavy federal mandates, allow interstate insurance competition, allow small businesses to purchase insurance as a group, and enact medical-liability reform.

Regardless of which path congress chooses, at the end of the decision-template is President Barack Obama with his veto pen, ready to defend his legacy. But does the White House have a plan for a post King v. Burwell world? So far, the answer is no.