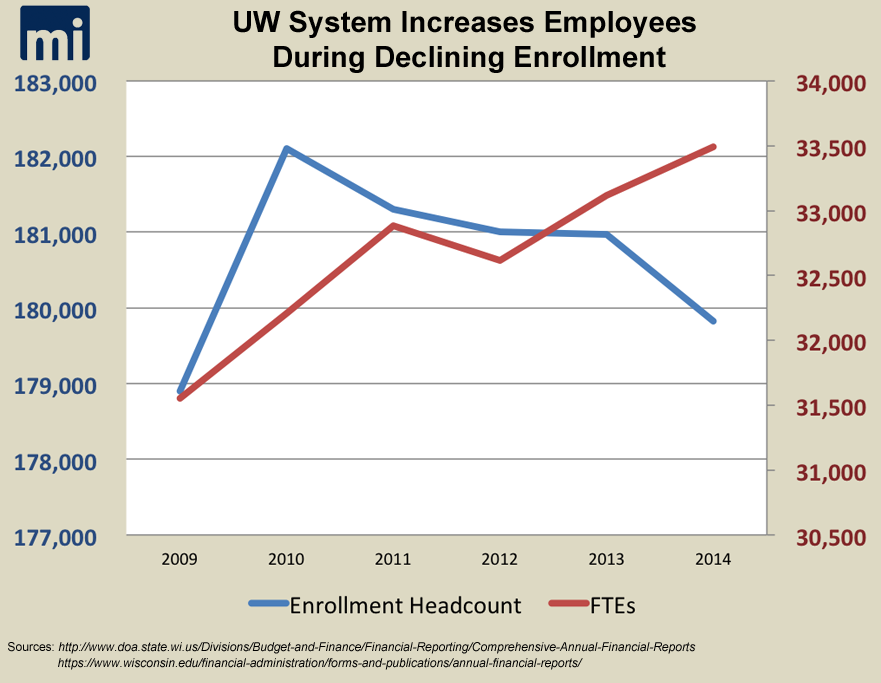 [Madison, Wisc…] Gov. Scott Walker introduced his 2015-17 budget early last week and it included a $150 million annual cut for the University of Wisconsin System in exchange for greater autonomy. Many opponents to Walker’s plan have said the UW System would not be able to absorb the cuts, so the MacIver Institute has decided to delve into the system’s finances.

This chart shows the relationship between overall student enrollment in the UW System and the number of employees.

Click here to see MacIver’s previous chart that shows how the UW’s net assets have continued to grow over the past 12 years despite relatively static levels of state aid.

Stayed tuned for more charts and information about the UW System as the debate about Walker’s proposed budget continues.