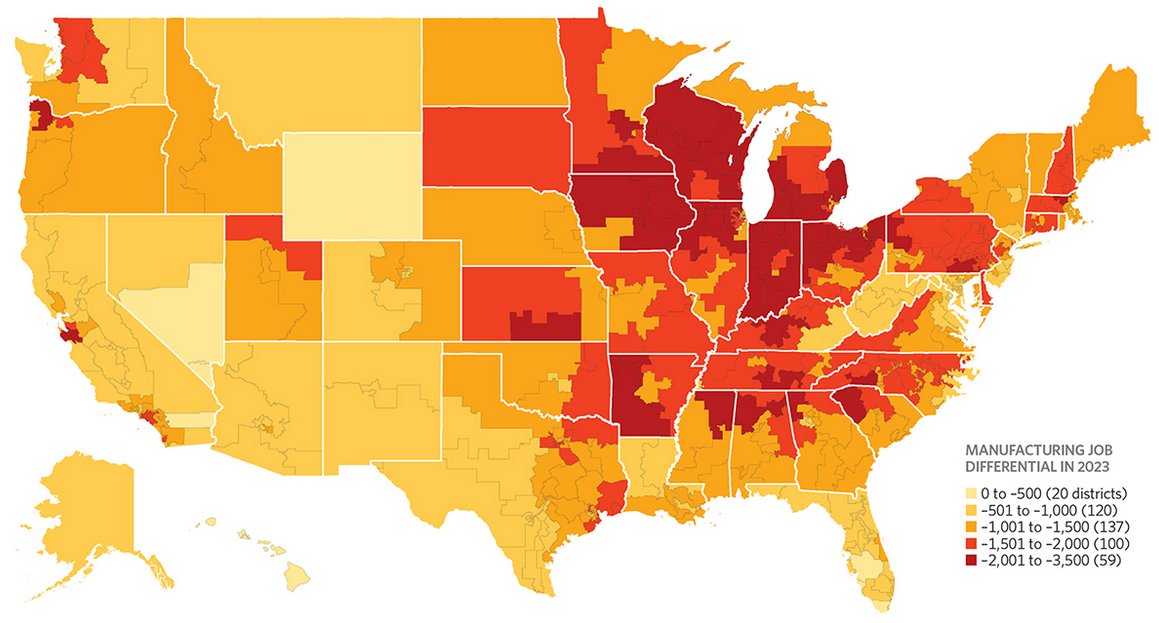 In yet another warning of the detrimental effects of the Environmental Protection Agency’s (EPA) Clean Power Plan, The Heritage Foundation estimates that Wisconsin would lose 20,421 manufacturing jobs by 2023 if the regulations are finalized.

The Clean Power Plan forces states to adopt carbon emissions reduction plans with the goal of decreasing emissions by 30 percent by 2030. Regulations are expected to be finalized by the EPA during the summer.

“Every state would experience overwhelming negative impacts as a result of these regulations, but especially those with higher-than-average employment in manufacturing and mining,” said Nick Loris, co-author of the study and energy expert at Heritage.

The study predicts manufacturing job losses totaling 586,000 in the U.S. in just the first 7 years under the Clean Power Plan. Job loss would be particularly heavy in the Midwest because of it’s large manufacturing base and heavy reliance on coal for energy production. States like Illinois, Indiana, Michigan, Ohio,and Wisconsin stand to lose at least 20,000 jobs each.

Governor Walker, state legislators, and officials with the Public Service Commission and Department of Natural Resources all penned letters to the EPA in December expressing their displeasure with the Clean Power Plan. The letters outlined how Wisconsin’s state energy plans have already made great strides in emissions reductions, achieving a 20 percent decrease from 2005 levels so far. There are also concerns over energy reliability and cost as power plants may have to convert to different technology before they are ready to do so.

Wisconsin Attorney General Brad Schimel plans to work with Walker to file a lawsuit against the federal government if the Clean Power Plan is finalized as currently planned.

“We are prepared,” explained Schimel. “If the rules go into effect much like they were announced in June, we’re going to have to protect Wisconsin jobs.”