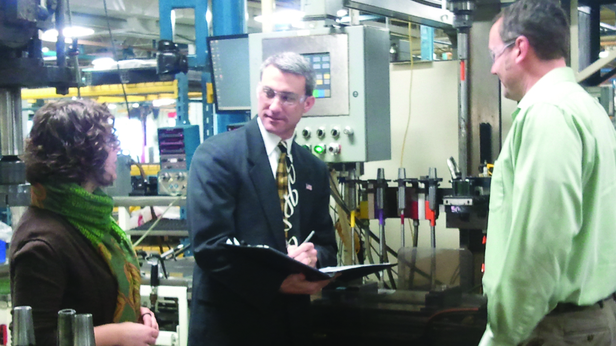 Prevailing Wage is an artificial rate set by the government that contractors are required to pay their workers when bidding on publicly funded construction projects. Originally passed by lawmakers in D.C. during the Depression Era, this law was created to protect the wages of local contractors from competitive forces of out-of-state and southern migrant workers. Many states soon passed their own Prevailing Wage laws, including Wisconsin in 1931.

Today, Prevailing Wage is an archaic, inaccurate, and discriminatory law that often protects contractors with strong government ties, while boxing out smaller, independent, and minority firms. The results are wage rates that are often 20-30% over the market. These artificially inflated wages lead to exaggerated costs of government projects, soaking taxpayers several million dollars more each year.

Prevailing Wage is a significant burden to local municipalities and school districts. Instead of having additional resources to invest in education and community services, they are forced to allocate more of their budgets to inflated capital projects. A recent Michigan study found a savings of nearly $225 million annually by simply exempting school districts and higher education facilities from the Prevailing Wage laws.

This law also discriminates against private contractors; many who can’t afford to pay their employees inflated wages often reflective of upper scale union salaries. Combine that with the costly time of responding to arduous government surveys, and many local and minority firms are unable to even bid on projects they are otherwise well qualified for.

The State Legislature recently introduced bill LRB-0698 because it is time for Wisconsin to completely repeal this out-of-date law. With this legislation, Wisconsin will join 18 other states free of Prevailing Wage laws. Not surprisingly, states such as Illinois, Indiana, and Michigan are also considering repeals of their own.

We need to stop the practice of “wage fixing” for government projects and let the free market: broaden bid participation, even the playing field, and determine competitive wages. Repealing Prevailing Wage will produce greater transparency, eliminate discrimination, and ultimately save our state millions of dollars each year. These savings can be better allocated towards needed tax relief, investments in education, and sustaining critical community services.

Let’s not let politics and outside influences stand in the way of this common sense reform.