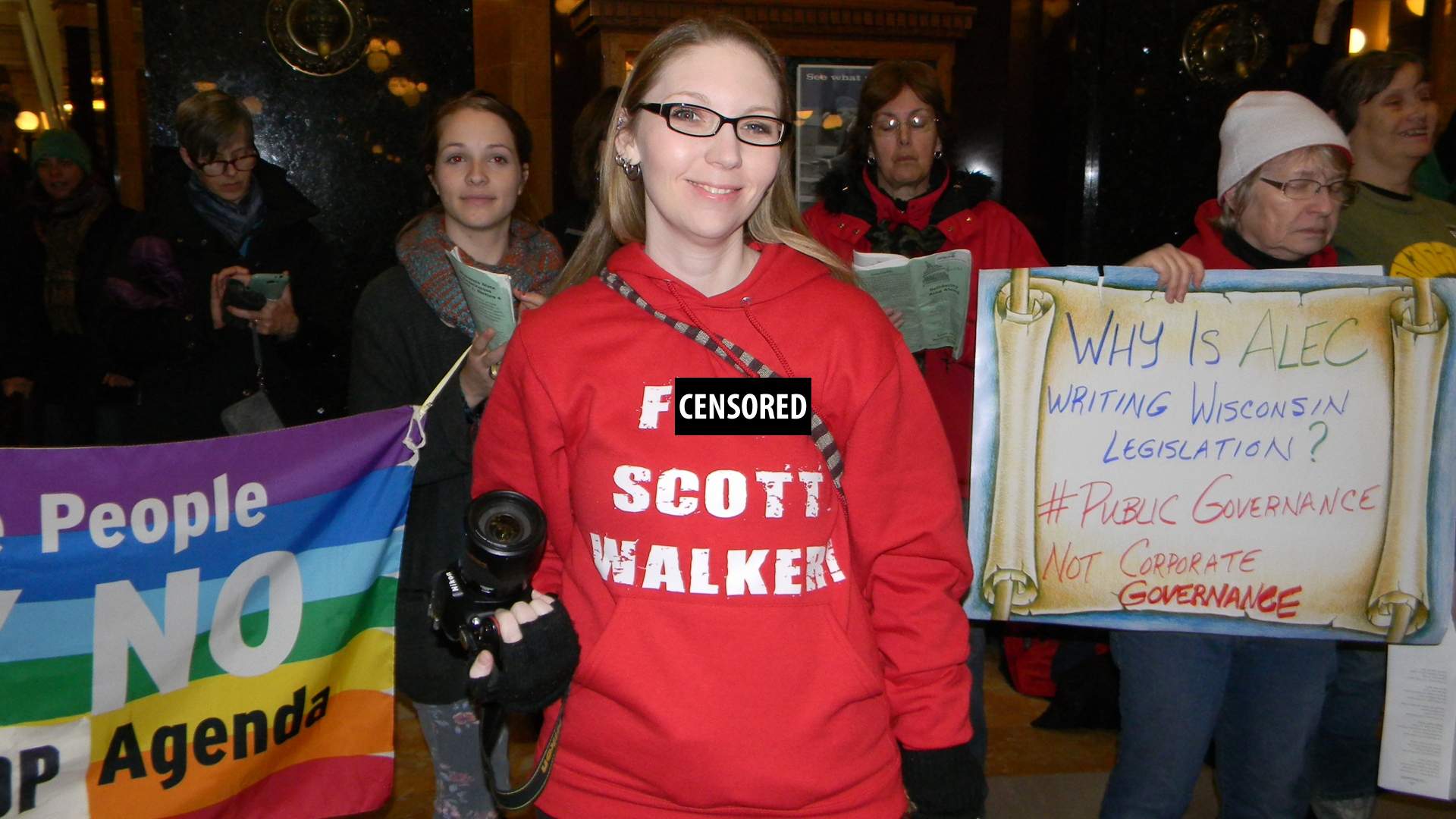 [Madison, Wisc…] The energy and crowds are nothing like four years ago when Gov. Scott Walker and legislators passed Act 10 – which reformed public-sector collective bargaining privileges. But, the heated and over-the-top rhetoric from the left has not changed. Big Labor threw out all the punches during protests in Madison this week.

Check out some of the most profane signs we could find. Many of the protesters were proud to stand by their creation…

This protester had bull horns and a sign that said “Gore Scott Walker,” with what looked to be fake blood on the horns.

This protester thought the idea of worker freedom meant that “Walker Hates Americans.”

Another protester thought right-to-work would eliminate the Green Bay Packers’ union (It doesn’t) and said Walker was “whore-able.”

This protester thought he was clever by slightly changing the name of the author of The Great Gatsby. I think we get what he meant.

And another protester called Walker a “terrorist.”

All the pictures can bee seen on our facebook page by clicking here.