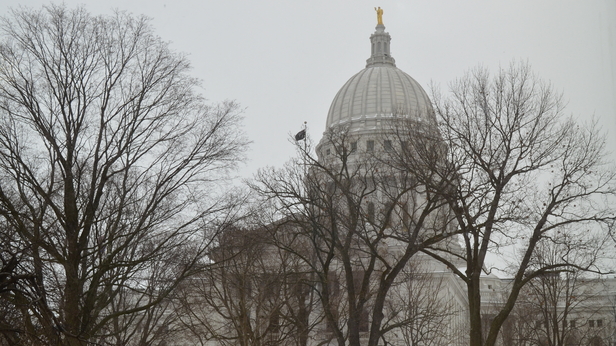 Okay, we have heard the state of the state address and we now know the governor’s interest in foreign policy. Football season is over for the Green Bay Packers. Now it’s time for the legislature to get to work.

Republicans enjoy an advantage in both chambers of the legislature – unparalleled in recent times. Republicans currently hold 63 seats in the Assembly and control the Senate 18-14 (with one vacant seat after Glenn Grothman was elected to Congress).

I’m glad to see that Republicans are already using that large majority to tackle such pressing issues as per diems for Assembly members and the banning of selfies on the Senate floor. With any luck, Republicans will ban burning microwave popcorn in the Capitol.

With such majorities, this is a time to be bold. While there are possible, ahem, political considerations in the East Wing, those considerations should not stop the legislature from enacting a conservative agenda that will have a lasting impact on Wisconsin.

The legislature can go even further by starting the process to amend the state constitution to eliminate the offices of state treasurer and secretary of state. In the case of the former, voters have voted for two state treasurers in a row that wanted to eliminate the position. As for the latter, the Republican candidate pledged to make the position relevant again and he lost. Legislators should take the hint and start the amendment process now.

While Republicans are at it, it’s time to put accountability back into the Government Accountability Board (GAB). To a certain extent, Republicans only have themselves to blame for the malfunctioning GAB when they agreed to further insulate the remnant of the state elections board and the state ethics board from the political process. Unaccountable to the public, a recent audit found the GAB staff did not inform the appointed board of activities they did do, and they failed to do what they were supposed to do.

But making lasting changes isn’t just about which agencies do what and answer to whom. Our state government is just too big, and we spend too much to maintain it. We spend more on welfare per capita than Illinois, according to a report by the Federal Reserve Bank of Chicago.

Republicans should not only embrace Gov. Walker’s plan to combine agencies, they should be looking at reducing overall spending to pre-Doyle levels. Think long term in making the cuts and set a four-year plan to eliminate the four current income tax brackets to one nice flat tax.

Or Republicans can eliminate the state corporate income tax which is double taxation on Wisconsin’s citizens. Not only would it be fair, it would encourage economic investment and long term growth.

On education, accountability is a laudable goal, but here Wisconsin’s legislators should listen to Gov. Walker. The best accountability for schools is to trust parents. Give them the information so they can make an informed decision about the schools their children can attend, and then give parents the means to send children to the schools of their choice, regardless of geography or income.

Private school choice should be extended to children with disabilities. Just because a child has special needs does not mean they need to be a prisoner of local school districts and their administrators who see them as cash money from Madison. Let the parents be responsible for the educational choices, just as we trust parents to care for their children after the school bell rings.

Finally, while Right to Work might be a “distraction” to a certain wing of government, the legislature has the ability and the responsibility to pass a clean bill. Aside from the positive economic benefits, the law is just that no worker should be forced to contribute the wages for his labor to an organization to which he does not want to belong. That right of Freedom of Association belongs to all workers, not just certain categories who don’t have the right friends in Madison.

Republicans are unlikely to hold such majorities again. If the Republicans pass conservative legislation they may lose a few seats. However, if they do nothing they may also lose seats. They have nothing to lose and a historic legacy to gain.