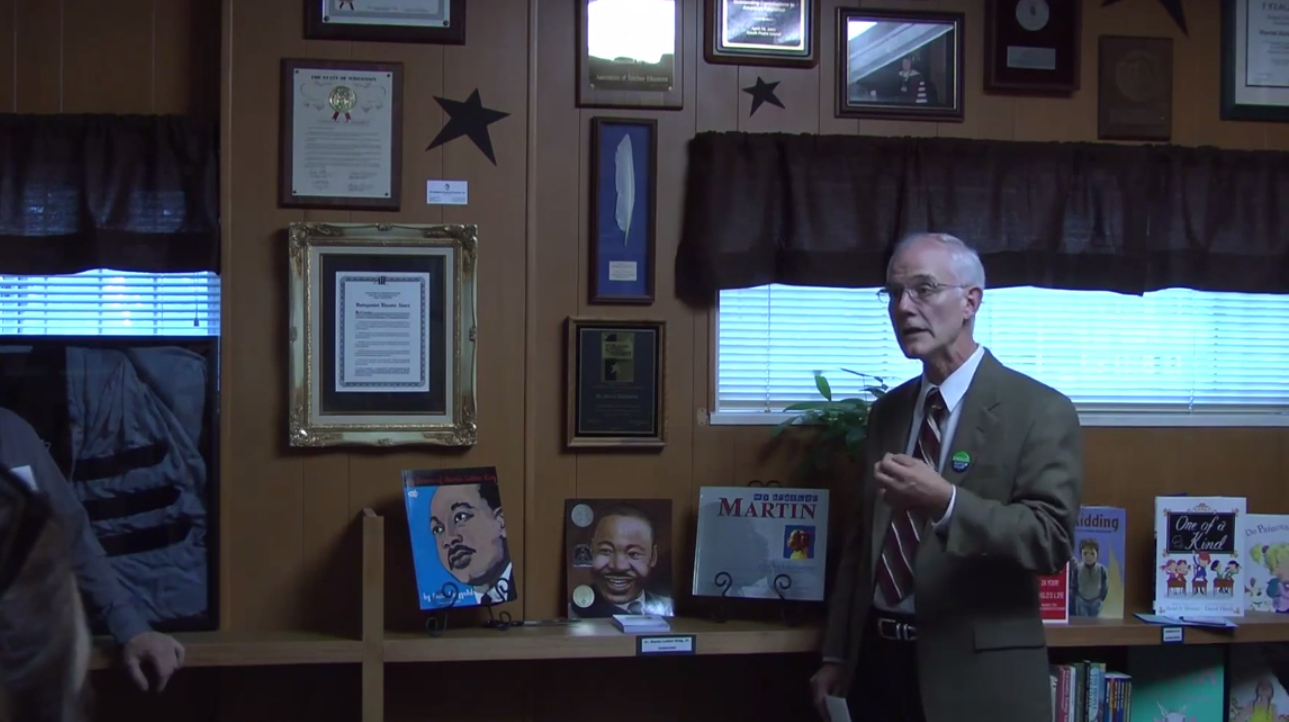 On Tuesday, Milwaukee Teachers Education Association sat down with Wisconsin Public Radio to discuss the possibility that 2015 legislation could take aim at Milwaukee Public Schools’ lowest-performing schools by creating a recovery district.

During that WPR interview, Peterson made a bold statement. A bold, easily-refuted, totally incorrect statement. From WPR:

“Peterson said state-run charter schools would be a mistake because testing data shows that they perform virtually on par with traditional public schools.

“‘I think it’s clear that in Wisconsin and in Milwaukee, we have had 20 to 25 years of experience with privatized schools, private voucher schools and privately run charter schools. There’s no evidence that those schools on an average work better, and often times they perform worse. So we have had a long experience with this already.'”

On that point, Mr. Peterson is either lying or ignorant. He says that there is no evidence that suggests that these schools outperform their peers in MPS. However, Department of Public Instruction data has shown that independent charters have been the highest performing group of schools in Milwaukee since the state began handing out School Report Cards. In each of the past three years, these 2R charters have scored significantly higher than instrumentality charters and traditional public schools. That comes despite educating a student body where more than 80 percent of pupils come from families that are economically disadvantaged.

That’s an 11-point difference in overall report cards. DPI data also shows that these schools held a seven-point advantage when it came to math scores on the state’s standardized tests. The gap is smaller when it comes to reading, but the edge still goes to Milwaukee’s independent charters.

And if we go all the way back to the first year of School Report Card data? You guessed it – more positive returns for Wisconsin’s 2R charters:

We may be wrong, but we tend to consider state reports that were compiled by DPI as pretty significant evidence of school performance. These reports have shown that Milwaukee’s independent charters have held a significant advantage over Peterson’s traditional MPS schools every year that the report cards have been in place. But, in case that wasn’t enough evidence, here’s another pair of charts from 2013:

Maybe Mr. Peterson isn’t familiar with the Department of Public Instruction’s work. Maybe he isn’t interested in the School Report Cards that were meant to bring greater transparency and accountability to Wisconsin’s publicly funded schools. Maybe he’s confused the definition of the word “evidence” with something else. Or maybe he’s just lying to advance a narrative that simply has no basis in fact.

No evidence that charters outperform Milwaukee’s public schools? Laughable. Evidence that suggests these schools have had greater success than their peers despite significantly lower funding? Spot on. The next time someone tells you that there’s no data that suggests that independent charter schools are working in Milwaukee, kindly remind them that this data exists.