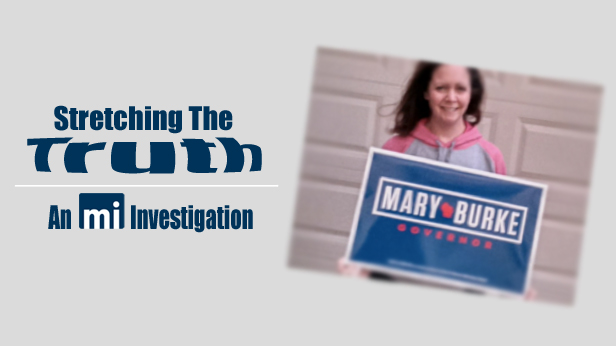 MPS Teacher Who Protested Act 10 Over Financial “Hurt” Rakes in $122,000 in Total Compensation

During the recent election cycle, many teachers’ unions rallied in support for Democratic candidate for governor Mary Burke, presumably because of Burke’s intent to restore full collective bargaining privileges for public unions that were reduced under Wisconsin’s 2011 Act 10.

One such union member, and Mary Burke supporter, chose to publicize her support for Mary Burke on the Milwaukee Teachers Education Association (MTEA) Facebook page. The teacher’s rhetoric made it seem like Act 10 put her in dire financial straights, so we at the MacIver Institute decided to look into it for our new series: Stretching the Truth.

Stretching the Truth will become a regular feature where we fact check the claims made by professional protesters, supporters of increasing the minimum wage, and those on the left that simply cannot help themselves from taking liberties with the truth.

The first fact check in our Stretching the Truth feature looks at Erin Walsh. This is her story.

“I’m a pretty private person, especially when it comes to where I choose to spend my money. But I thought it might be important to share this. Less than four short years ago, I elected to take a stand and go to Madison with so many of you. That “unauthorized salaried absence” cost me $381.74. And I have never regretted it. In fact, I’ve always said I would do it again. So this morning I did. I made a donation to the Mary Burke campaign in that amount. Four years ago, that deduction from my paycheck hurt, but not nearly as much as Scott Walker has hurt my finances. I don’t exactly have money sitting around in piles, so today’s donation is going to hurt a bit. But not nearly as much as 4 more years of Scott Walker will. Think about it.”

Walsh is a Biology/Life Science teacher and Academic Support staffer at Riverside University High School in Milwaukee. Contrary to what her story may indicate, Walsh has little to worry about financially.

Walsh continues to receive generous rewards for her service at Riverside High School. In the current 2014-15 school year, she will get $122,372.50 in total compensation after receiving yet another salary raise and over $6,000 more in benefits.

In the comment section of the Facebook post, Walsh added more details about the consequences that Milwaukee Public Schools (MPS) teachers faced after skipping school to protest in Madison.

“I was docked, MPS created a special absence code for those of us who went to Madison and missed school. It was a $381.74 deduction from my paycheck. It hurt. Not many people can afford to lose that kind of income,” explained Walsh.

The MacIver Institute recently released an in-depth analysis of more than 1,500 emails sent to Sen. Jon Erpenbach’s (D-Middleton) office during the 2011 protests that displays how many public employees complained about potential financial hardships that never came about.

A teacher from southern Wisconsin who said she already struggled to “make ends meet” actually received $110,000 in total compensation and owns a lakefront home valued at $550,000.

Walsh’s recent salary and benefits information and revelations from the emails to Erpenbach highlight the fact that many protesters claiming they would struggle financially – or even lose their home – were simply stretching the truth.

A look at MPS financial data in the years during and immediately after Act 10’s passage suggest that compensation cuts have not been dramatic.

Average compensation per employee for MPS full-time equivalent (FTE) employees dropped just 3.2 percent from the 2010-11 school year to the 2013-14 school year. Average per-employee compensation, which factors in everyone from school administrators to maintenance staff, was over $94,000 in 2011 and was over $91,000 at the end of last school year.

While overall compensation may have dropped slightly at MPS, it is important to note that if Act 10’s reforms were not implemented, more than 1,000 teachers likely would have lost their jobs.

Know of a claim we should fact check? Email us your tips to info@maciverinstitute.com.