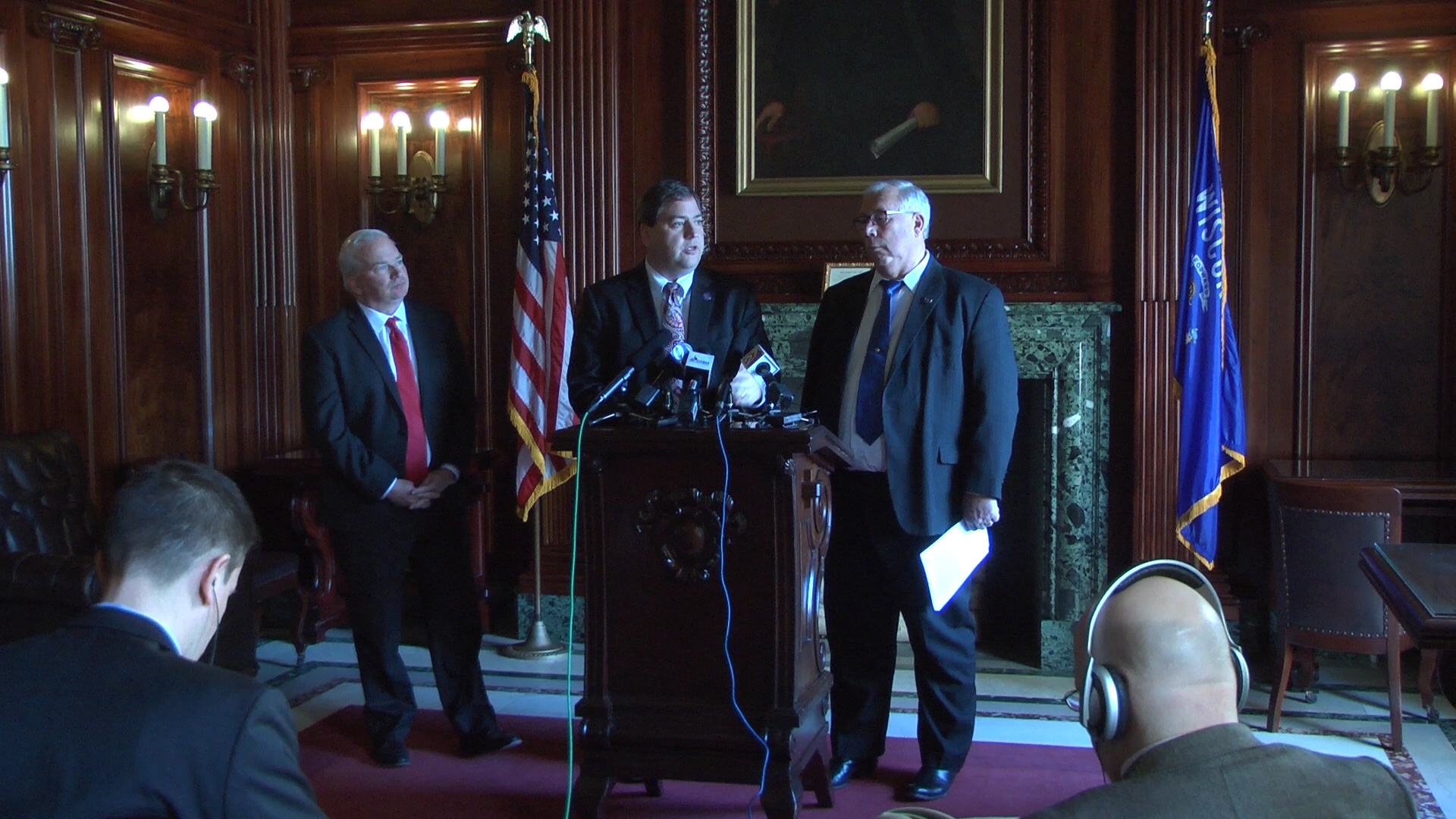 SB1 takes aim at improving the state’s publicly funded schools – traditional public, charter, and voucher – but stops short of some of the significant sanctions that were proposed by Rep. Jeremy Thiesfeldt (R-Fond du Lac) last week.

According to Olsen, DPI seemed to sign off on having a separate board for choice schools. “We’ve had the discussions with DPI, and they have no problem with the board over in DOA,” Olsen said at Tuesday’s press conference.

The Assembly version only calls for one overarching Academic Review Board (ARB) that would handle accountability issues and rehabilitation issues at all publicly funded schools.

The second major change is that the Senate version does not impose sanctions on chronically low-performing public schools. While Thiesfeldt’s bill would force traditional public schools and instrumentality charters to be put on the block for takeover by an independent charter, the bill that was announced today stops short of a rebuild. Instead, the Senate plan calls for more intensive Response to Intervention (RtI) efforts at these institutions.

“It’s not to punish anybody or take their power away. It’s to close the achievement gap,” said Olsen. “We’re shining a light on these schools, and that light is not going to go off until they improve.”

Three years of grades that would be the equivalent of an “F” would mean that Wisconsin’s choice schools would no longer be able to enroll new students through state funding. A similar problem in an independent charter school would mean the revocation of that institute’s charter.

However, measures for traditional public schools that fail for three straight years won’t have such dire financial consequences. Those institutions will be subject to the aforementioned RtI programs.

“This is about true accountability for our schools,” said Farrow. “Apples to apples comparisons can’t be done across such different types of schools. Through this plan, we will hold all sectors accountable.”

The Senate and Assembly will now have to come to terms on an accountability program that both sides can agree on before any legislation can take the next step toward becoming law. Assembly Speaker Robin Vos (R-Rochester) suggested that the two chambers could have a conference committee to formally work out the differences in the two bills. When Senate Majority Leader Scott Fitzgerald (R-Juneau) was asked about the possibility, his response was simple – “that’s not gonna happen.”