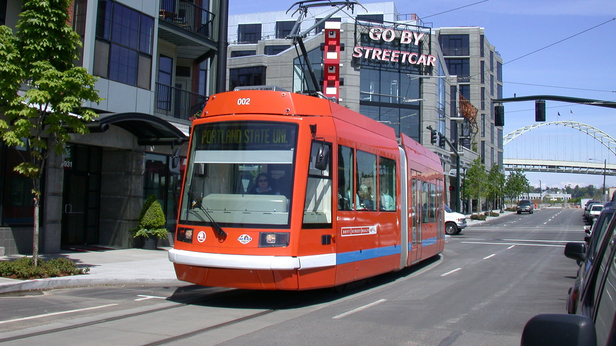 [Portland, Ore…] As the debate over a proposed streetcar in downtown Milwaukee continues, the example often held up by supporters as a huge success – the Portland streetcar – is experiencing a setback after a recent city audit showed ridership and “on-time” data was being inflated.

According to a December audit by the Portland City Auditor, Portland Streetcar, Inc. (PSI) – the non-profit corporation that manages the streetcar – exaggerated the amount of riders in the last year by 19 percent.

PSI claimed that 5.6 million people road the Portland streetcar from July 2013 to June 2014, but only 4.5 million actually did. Not only did PSI artificially increase the amount of riders it reported, but the frequency at which the streetcar was on time was much higher than actual data shows.

The audit left opponents of the Milwaukee streetcar wondering if it would live up to the standards set out by Mayor Tom Barrett and other supporters.

“So here we have the supposed premier streetcar system in the U.S. not accurately reporting ridership, not arriving on time, and not meeting other important goals,” said Ald. Bob Donovan. “Those who are skeptical about the system in Portland are apparently seeing their worst fears come to fruition.”

“I can only imagine the shenanigans and mess we’ll have on our hands in Milwaukee if our proposed, wasteful streetcar system goes forward,” Donovan continued.

A previous report by the MacIver Institute also debunked claims that a streetcar would spur economic development along the route. According to the report, “downtown landowners and developers will benefit only if the city decides to throw hundreds of millions of dollars of additional subsidies to development along the line.”

Donovan and other opponents are collecting signatures to allow for a referendum on the matter. If they do not gather enough signatures by the next Common Council meeting on February 10th, the streetcar will go to a final vote.