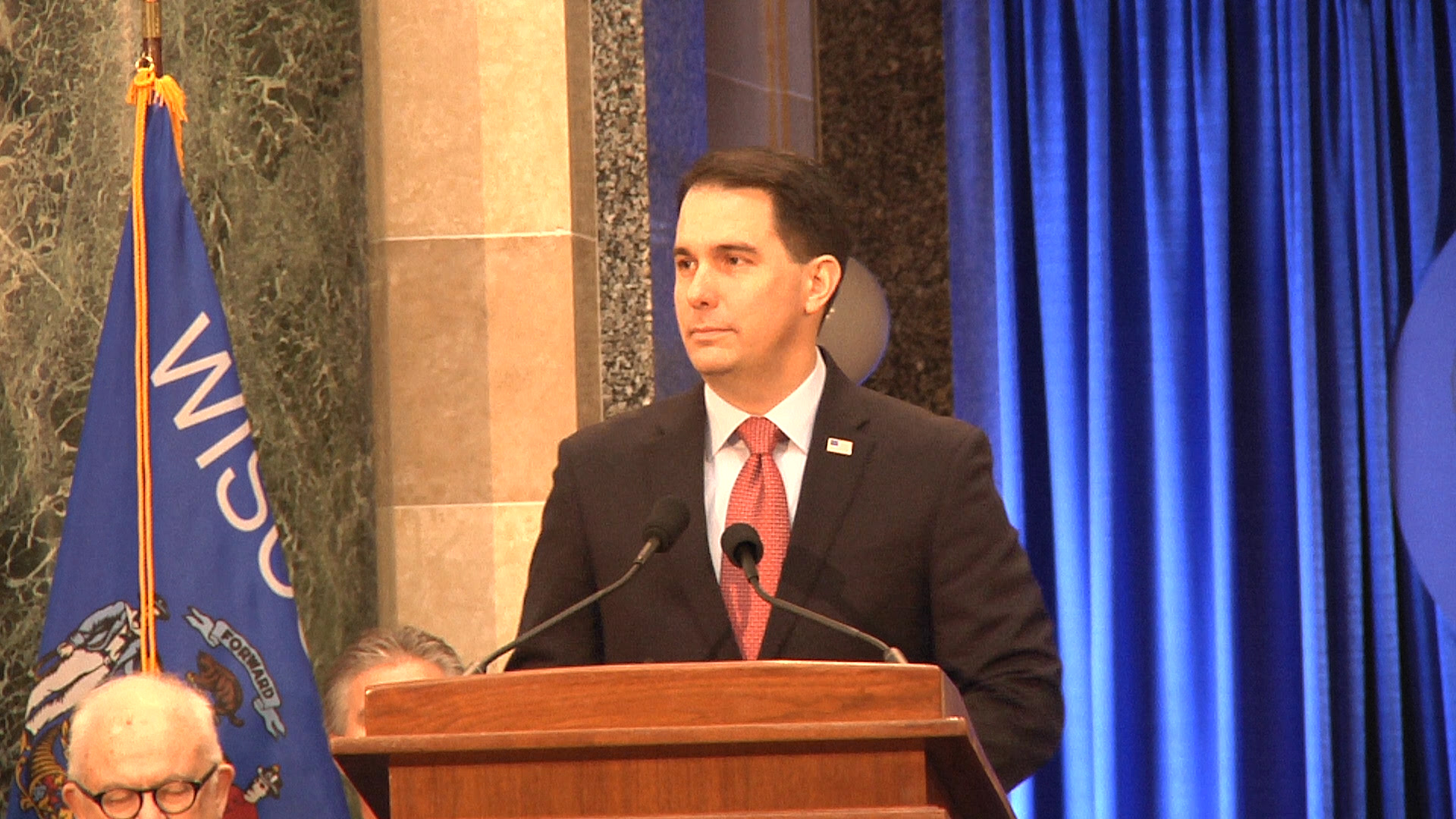 [Madison, Wisc…] Gov. Scott Walker laid out some of his workforce development proposals on Thursday that will be a part of his upcoming budget, including a requirement that people receiving benefits from government programs pass drug tests and a plan to make 100 percent of state aid for the Wisconsin’s technical colleges based on performance.

Walker’s plan to require drug testing for individuals receiving benefits from unemployment insurance, food stamps and other government programs is fulfilling a pledge he made during his most recent campaign.

“To assist those looking to secure these positions, the budget includes a plan to require drug testing of those who are applying for or receiving benefits from programs, which may include unemployment insurance, FoodShare, Transform Milwaukee, transitional jobs, and others,” a press release from Walker’s office reads.

Walker has made it clear that this plan is not just punitive, however. In an October interview with the MacIver Institute, Walker said this plan is to ensure people have “basic minimum requirements needed to get into most jobs.”

The governor reiterated that point on Thursday. Those who fail a drug test would be offered the opportunity to participate in a drug treatment program at no charge. The individuals would also be given access to job training.

“We know employers in Wisconsin have jobs available, but they don’t have enough qualified employees to fill those positions,” the governor said in a statement. “With this budget, we are addressing some of the barriers keeping people from achieving true freedom and prosperity and the independence that comes with having a good job and doing it well.”

Walker’s agenda that was released on Thursday morning also includes a plan to make all state funding for tech colleges based on performance. The proposal looks similar to one that was in the governor’s original 2013-15 state budget, however it was eventually reduced by the legislature to just 30 percent of funding.

In addition to drug testing and performance funding for tech colleges, Walker intends to build on successful programs like the Transform Milwaukee Jobs Program and Wisconsin Fast Forward.

“Too often we hear from employers that they can’t find skilled workers for the jobs they need to fill. Governor Walker’s plan is a great step in making sure Wisconsin workers have the training they need to succeed in our state’s workforce,” the co-chairs said in a statement. “We hope Democrats will join in supporting these investments in Wisconsin workers.”

The full agenda from the governor is available by clicking here.