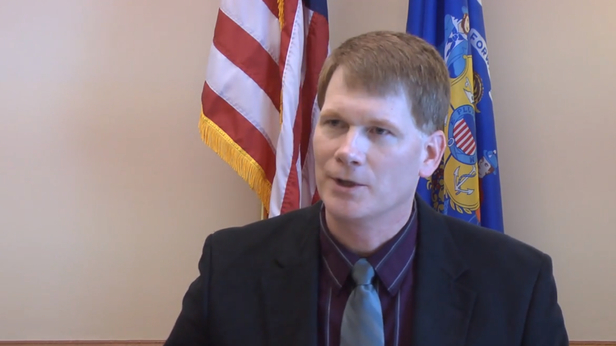 The bill, which was unveiled Wednesday, would give institutions three years to raise their School Report Card grade higher than a “D”. Failure to do this would force these schools to create an improvement plan. Four years without significant improvement would then lead to even greater sanctions – including a complete loss of state funding for voucher and independent charter schools.

The plan has drawn criticism from outside interest groups on the left and on the right.

However, Governor Scott Walker lauded the effort on Thursday, telling the Associated Press that there are “some things we can embrace” in the proposal.

In order to get a better understanding of the bill, we sat down with the author himself. Here’s what Rep. Thiesfeldt had to say about the accountability legislation as a public hearing looms next week.

On the central theme of the accountability bill:

“We are looking to help schools improve. Too often, because education is such a big factor and impacts so many people in society, we lose track of the fact that this is about students. When families choose which school they want to send their children to, we want them to know as much as they possibly can about that school so they can make the proper choice.”

“The first step in this process is about helping these schools. Too much of the focus has been on step two [sanctioning underperforming schools]. I really think that step two is going to be a very small minority of schools that are going to go through that.”

On the differences between the 2014 accountability bill, which was trimmed back from a sanctioning body to simply requiring all charter and voucher schools to be graded, and his 2015 version:

“It focuses on improvement for the schools. It’s very important that these schools be able to prove to the families that they serve…that students are going to, as they go from sixth grade to seventh grade, that they’ve received a year of education – a year of growth – in that process.”

On whether the key difference between the Assembly’s accountability bill and the Senate’s proposed accountability bill – sanctions for chronically failing schools – will be a sticking point in the debate over how Wisconsin deals with its publicly funded schools:

“I’m pretty certain it will. I’m starting to hear that already. I think that’s probably why much of the media attention is skipping over the first step and going right to the second step, because they know that’s going to be the area of contention.”

On whether improvement plans for failing schools will require a change in leadership or other staff:

“I think both of those would occur naturally just by virtue of the fact of looking ahead and realizing that you’ve got to do something…We’ve had much discussion on whether we should do that [compel schools to hire new administrators] in previous drafts and decided that, ultimately, if this were to be implemented next school year, these schools already know that they are struggling. Even by the time that third [deciding] year comes around, they’ll have had two years to look this over and say ‘we’ve got to do something…That is a decision that is going to be left up to them.'”

On the creation of an Academic Review Board (ARB) to oversee the accountability program. The majority of this board would be chosen by the Department of Public Instruction:

“There’s been a great deal of discussion – maybe more so than anything – on the makeup of what that board is going to be. I’ll flat out say that’s one of the concerns the Senate has about it…The point I’m trying to get with that board is to add stability to it – four year staggered terms….I tried not to focus on the partisan nature of it. I wanted stability so if people wanted to make changes down the road, they would understand why people did it the way before.”

VIDEO – Rep. Thiesfeldt explains the makeup of the Academic Review Board: