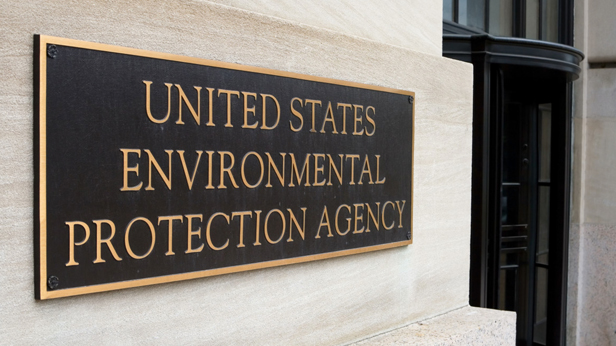 The EPA’s Clean Power Plan is a state-based carbon reduction proposal to be implemented using an obscure section of the federal Clean Air Act. The Plan sets arbitrary carbon reduction targets for each state, mostly based on the state’s use of coal as an energy source.

Wisconsin’s tailored mandate would mean reducing carbon emissions 34 percent by 2030, representing the 23rd highest cut in the nation. This would be an especially tough task because of Wisconsin’s heavy reliance on coal-based energy, which makes up over 60 percent of statewide energy generation.

Walker’s letter described Wisconsin’s energy investments, totaling $10.5 billion, since 2000. He explained how the state has already heavily funded clean energy initiatives such as: $3.2 billion for air pollution control equipment and efficiency upgrades in existing power plants, $2.3 billion on renewables, and $469 million on the emission reducing Focus on Energy program.

The governor’s letter also brought attention to skyrocketing electricity costs associated with the Clean Power Plan’s implementation. According to modeling by the Public Service Commission (PSC), electricity rates would go up by 29 percent in Wisconsin. Additionally, an outside study by Energy Ventures Analysis estimates average electricity and gas bills in Wisconsin would increase by $485 by 2020.

A separate letter was sent on Monday by 49 Wisconsin legislators that also detailed problems with the proposed rule. The letter was signed by Rep. Andre Jacque (R-DePere), Energy and Utilities Committee Chair Rep. Mike Kuglitsch (R-New Berlin) and Assembly Speaker Robin Vos (R-Rochester), among others.

While echoing the governor’s warning of increasing energy costs, the legislators pointed out that converting energy production to other sources before they are ready to do so is a threat to the reliability of energy in Wisconsin.

“This significant loss of baseload power generating capacity is extremely worrisome, because the alternative energies proposed to replace coal-fired generation typically provide much smaller output and are less reliable (i.e. wind power, at an average capacity factor of 28%),” the joint-letter explained.

Energy reliability came to the forefront after last winter’s particularly cold weather caused energy reserves to be called into action throughout the Midwest. EPA regulations have already forced the closure of 742 megawatts of coal-fired electricity in Wisconsin to date. 215 megawatts of this to-be-retired coal capacity was called into service last winter. The EPA says that an additional 2,713 megawatts of coal-fired electricity generating capacity in Wisconsin will retire because of the Clean Power Plan.

Legislators also questioned the pending overreach of federal authority in the Clean Power Plan. The rule’s implementation would be so invasive that it would “force the implementation of a cap-and-trade program on a state-by-state basis, a federal renewable portfolio standard, and an energy efficiency standard, all in one fell swoop.”

Members of the legislature certainly have cause to feel threatened by the rule, as it would disrupt a 100 year-old process of state energy market regulation through a combination of the PSC and state policymakers.

Two state agencies, the PSC and Department of Natural Resources (DNR), also expressed their reservations about the Clean Power Plan in the form of a 119-page joint-letter to EPA Commissioner Gina McCarthy. Problems with everything from costs and energy reliability to legal procedures and associated mandates are outlined in the letter.

The letter highlighted a few “core issues” with the proposed rule. Among those is the “inequity” in assigning larger carbon reducing targets for Wisconsin than states that have done less to reduce their own emissions.

“In fact, rather than recognizing and rewarding our leadership, EPA’s proposal seriously penalizes Wisconsin relative to other states that have taken little to no action on renewables, energy efficiency, and traditional ‘inside the fence line’ controls,” the letter states.

Agency officials also believe the EPA has not given states enough time to submit carbon reducing plans, which is required for each state under the Clean Power Plan. If the rule is finalized by June 2015, as the Obama Administration intends, states would have just one year to submit their carbon reduction plans.

The PSC/DNR letter explains that such energy plans emerge from a long, two-year process that involves the cooperation of the legislature and state agencies.

“It is unrealistic to expect the state to submit a complete plan within EPA’s proposed timeframes,” said agency officials.

The official public comment period designated by the EPA for the Clean Power Plan ended Monday. The controversial plan has already garnered over 1.6 million comments from around the nation since its introduction in June.