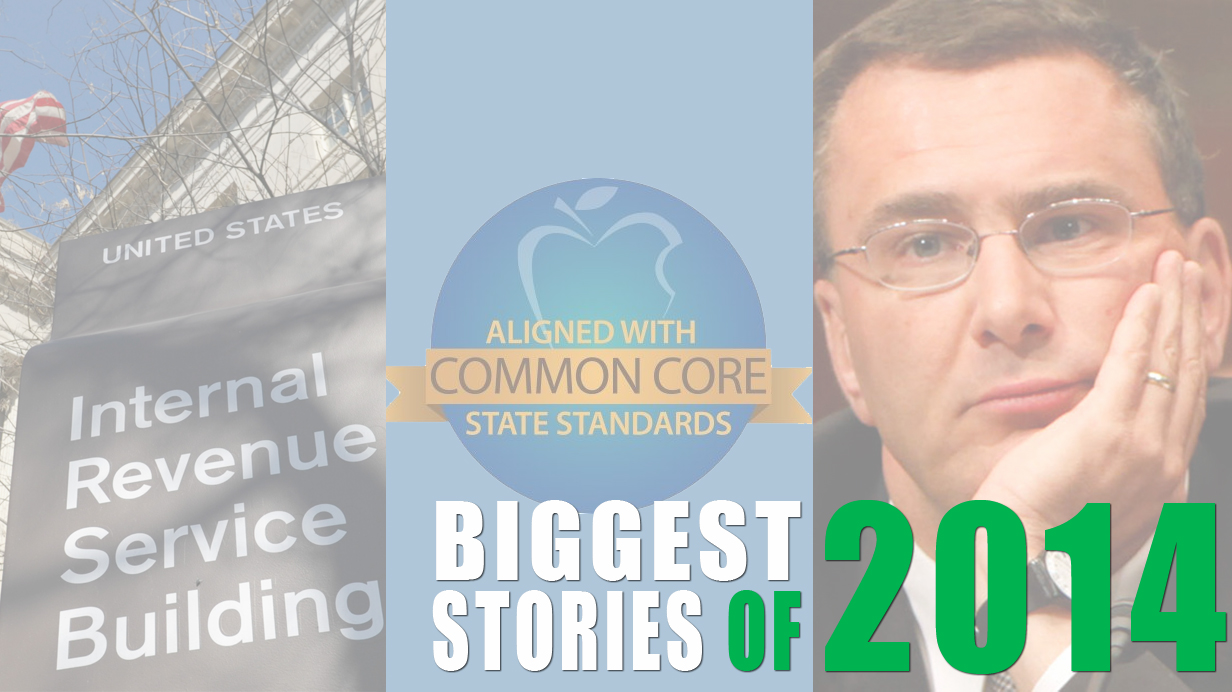 2014 was full of big national stories. From Obamacare failures to federal scandals and depressing milestones, there was rarely a dull moment from our dysfunctional government in Washington. Check out the most impactful national stories for 2014. Then let us know what you think in the comment section.

The Highway Trust Fund is the main revenue source of the federal government’s transportation spending, and it is broke. Federal gas tax revenue is flat because of fewer and more fuel-efficient cars. Congress passed a stopgap measure to continue current transportation spending through May 2015, but it is riddled with risky gimmicks. How to appropriately fund necessary infrastructure improvements will be a top issue in 2015.

President Obama announced his intentions to use executive authority to grant millions of undocumented immigrants temporary amnesty, even after he said he did not possess the power to do so. Twenty-four states, including Wisconsin, have now signed on to legal action against the Obama Administration challenging the constitutionality of the move. A recent Politifact granted Congressman Bob Goodlatte (R-VA) a True rating for his claim that Obama had denied the power to act unilaterally on immigration twenty-two times before his November announcement.

The Common Core controversy took new twists and turns in 2014 as three states, Indiana, Oklahoma and South Carolina, formally opted out of the standards, and Gov. Bobby Jindal of Loiusiana sued the Obama Administration over it. Other states are fully implementing Common Core, and some have partially accepted or amended the standards. The debate will continue in 2015, including in Wisconsin where the governor has called for the implementation of state-based standards in place of Common Core.

After a disastrous rollout of the federal Obamacare health insurance exchange left millions with a broken website, HHS Secretary Sebelius decided to throw in the towel. Republicans were happy to see her go, but wished the Affordable Care Act could also step down. In response to Sebelius’ resignation, Congressman Eric Cantor tweeted, “I thank Secretary Sebelius for her service. She had an impossible task: nobody can make Obamacare work.”

In the Spring, Americans were told that 40 veterans died while waiting for health care from the VA. A later investigation and audit report showed 35 confirmed deaths and that 120,000 veterans faced long wait times or never got care from the dysfunctional agency. The outrage prompted quick reform responses from Congress and the President and led to the resignation of Secretary Eric Shinseki.

Through its proposed Clean Power Plan and various other emissions regulations, the rampant Environmental Protection Agency spent 2014 finding new ways to limit states’ electricity supply and harm the economy. A Heritage Foundation study predicts the nation will lose 336,000 manufacturing jobs in just one year if the EPA agenda is allowed. The Clean Power Plan, an emissions reduction plan aimed at current and future power plants, would cause energy bills to surge for businesses and households.

December saw America’s debt reach a new landmark of $18 trillion. That’s a 70 percent increase since President Obama took office and represents 103 percent of GDP. Everyone knows that the largest debt drivers are health care and entitlements, but little has been done about skyrocketing costs.

Videos of MIT Economist and Affordable Care Act architect Jonathan Gruber emerged in which he revealed how the “stupidity” of the American people was key to passing the impossibly complex health care law. Gruber was handsomely compensated for fooling us, collecting $6 million in taxpayer funds over six years. The videos and comments are yet more evidence of the Affordable Care Act’s burdensome, flawed, and outright deceptive contents.

2. 50th Anniversary of the War on Poverty

President Lyndon B. Johnson’s biggest legacy turned 50 this year, and American taxpayers have now spent over $22 trillion on anti-poverty programs. That amount is more than three times the cost of all U.S. military wars since the American Revolution, and doesn’t even include Social Security or Medicare. Has it helped? Not really, the poverty rate is 14 percent today, barely lower than where it was when Johnson occupied the White House.

Around 30,000 emails from former IRS commissioner Lois Lerner were recovered by the IRS inspector general, and there are millions more that are still undergoing recovery procedures. The IRS targeting scandal is over a year and a half old now. In June, IRS officials told Congress that a computer crash had lost thousands of emails that could have revealed more corruption in the agency. IRS commissioner John Koskinen said that there was no way to recover the emails. Apparently he was wrong.

Watch Wisconsin Congressman Paul Ryan tee off on Koskinen during a hearing.